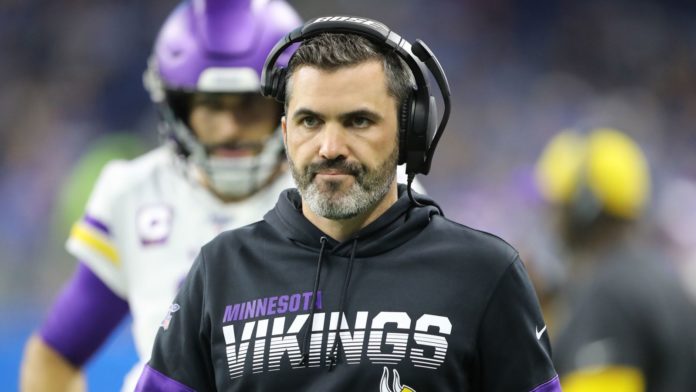 Minnesota Vikings offensive coordinator Kevin Stefanski will be the new head coach of the Cleveland Browns, according to multiple reports on Sunday.

The Browns met with Stefanski in the Minneapolis area last week as the Vikings prepared for Saturday’s NFC divisional playoff game, which they lost 27-10 at the San Francisco 49ers.

Cleveland, who fired Freddie Kitchens after one season and a 6-10 record, interviewed eight candidates for the job.

Stefanski will be the sixth full-time head coach since owners Dee and Jimmy Haslam bought the team in 2012.

The 37-year-old also interviewed with the Browns after the 2018 season when Cleveland opted for Kitchens.

Stefanski has worked in the Minnesota organization since 2006, with this year being his first full season as an offensive coordinator.

The Vikings ranked eighth in the NFL in the regular season with 25.4 points per game and 16th with 353.5 yards per game. Quarterback Kirk Cousins posted the fourth-best passer rating (107.4) among starters.

In Cleveland, Stefanski inherits quarterback Baker Mayfield, who struggled in his second season (22 touchdowns, 21 interceptions) despite the offseason addition of wide receiver Odell Beckham Jr. A year earlier as a rookie, Mayfield passed for 27 scores with 14 interceptions.

The Browns have not made the playoffs since the 2002 season and last posted a winning record in 2007, when they went 10-6.

The Haslams officially took ownership of the Browns during the 2012 season.

They fired Pat Shurmur after that campaign, then fired Rob Chudzinski after one season in 2013. Mike Pettine lasted two years before Hue Jackson was hired. He went 1-31 through two seasons before being fired after a 2-5-1 start in 2018.

Former Green Bay Packers coach Mike McCarthy also interviewed for the job before being hired by the Dallas Cowboys.

The Browns are still searching for a new general manager after parting ways with John Dorsey on New Year’s Eve after failing to come to an agreement on a restructuring of the front office.