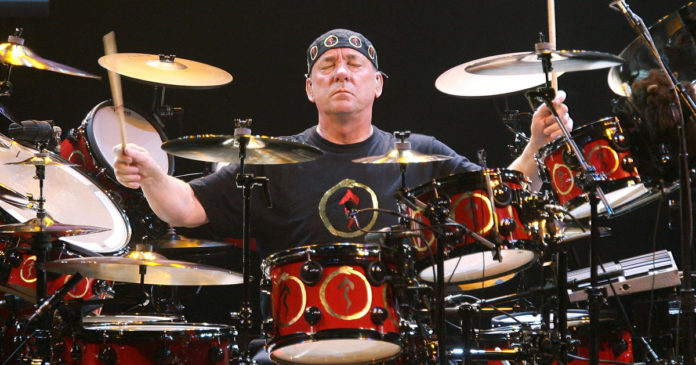 Neil Peart, the longtime drummer and lyricist of the band Rush, has died at age 67. The Rock and Roll Hall of Famer died in Santa Monica, California, on January 7 after battling brain cancer, CBS Los Angeles confirmed.

Peart’s bandmates made an emotional tribute to him on Twitter, saying he battled the cancer for three-and-a-half years and calling him their “soul brother and band mate of 45 years.” In asking for privacy, they urged those who want to express condolences to do so by donating to a cancer research group or charity.

The type of tumor Peart had, glioblastoma, is a brain tumor that often recurs after it is initially treated. Senators John McCain and Ted Kennedy died of the same cancer.

Peart, also known as The Professor by his fans, has accrued a long list of accolades throughout his career. He has been with the Canadian-bred rock band Rush since 1974, and alongside fellow band mates Geddy Lee and Alex Lifeson, has received several Grammy nominations and been inducted into the U.S. Rock and Roll Hall of Fame. Peart, also a Modern Drummer Hall of Famer, authored several non-fiction books and helped create the “Clockwork Angels” novels, a series based on Rush’s 19th and final studio album of the same name.

Musicians and bands reacted to the news of Peart’s death by playing clips of his drum solos, particularly him performing the Rush hit “Tom Sawyer.” Many said his work inspired them to pursue music and expressed the impact his music had on their lives.

Taylor Momsen, an actress and singer and guitarist in The Pretty Reckless, posted about Peart’s death on Instagram, saying he was one of her “favorite musicians of all time.”

“His influence and music will live on through anyone who picks up an instrument,” she said.

Metallica co-founder and drummer Lars Ulrich posted on Instagram, thanking Peart for what he did “for drummers all over the world.” He said Peart’s commitment to drumming and advice were an inspiration.

William Corgan of Smashing Pumpkins said Peart gave the band “wings to soar and a roadmap to eventually find our own way.” Corgan went on to say that there “isn’t a modern rock drummer alive who hasn’t heard him, and spoken his name with a reverence that’s reserved for the very few.”