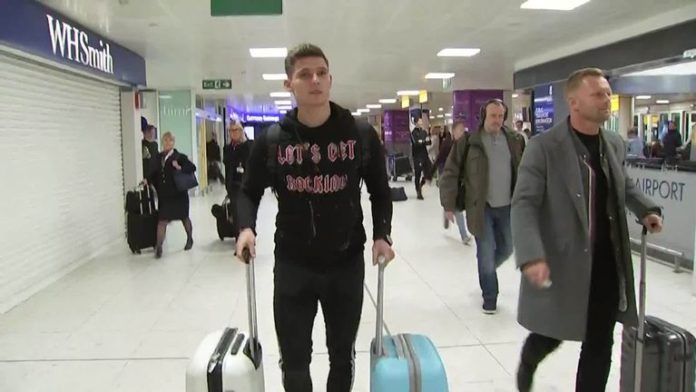 The Poland U21 international arrived in Glasgow on Sunday evening and is set to undergo a medical on Monday before completing his move from Polish side Jagiellonia Bialystok.

The 21-year-old, who still has 18 months of his contract left at Jagiellonia, has scored seven goals in 17 league appearances for the Polish top-flight side.

Klimala is highly-rated in his homeland and has represented Poland at U19, U20 and U21 level.

Celtic have prioritised signing a striker in this window to ease the burden on Odsonne Edouard and had been linked with a move for free-scoring Slovan Bratislava striker Andraz Sporar.

Boss Neil Lennon said over the weekend he was confident of adding to his squad in the coming days.

Lennon may also look to bring in a wide player in January, with Scott Sinclair having left to join Preston and Lewis Morgan on the verge of a move to David Beckham’s MLS franchise, Inter Miami.