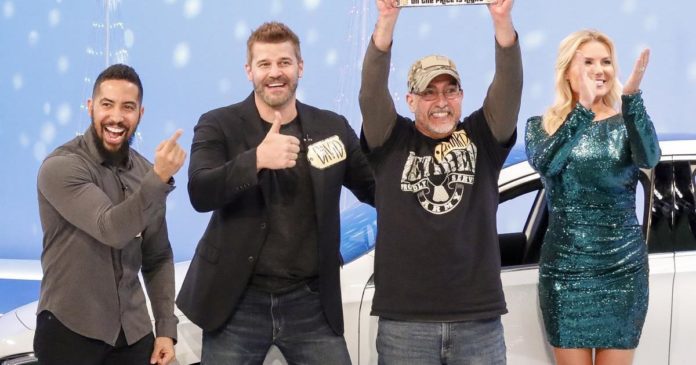 CBS and CBS All Access gave industry critics and fans a look at what to expect from the TV and streaming networks in the months to come. CBS is expected to broadcast three-celebrity focused episodes of “The Price Is Right” in primetime and CBS All Access revealed casting information for season two of “The Twilight Zone.” The network also greenlit a second season for the anticipated “Star Trek: Picard” drama, which premieres online January 23.

Here’s a round up of the highlights from Sunday’s Television Critics Association winter press tour. The organization represents hundreds of journalists who write about TV for various news outlets in the U.S. and Canada.

“The Price Is Right at Night” (CBS)

CBS’ top-rated game show is heading to primetime. Three new celebrity specials of “The Price Is Right,” hosted by Drew Carey are expected to broadcast on CBS this spring. CBS didn’t immediately say which celebrities would be featured in the upcoming episodes.

The celebrities raised funds for charities.

CBS All Access is teaming up with Stephen Colbert to produce an animated news show called “Tooning Out the News.” The aim is to have news anchors and reporters delivering headlines about current events as they happen in small daily clips which will lead up to a weekly full episode. In a preview clip, it appears Fox News, MSNBC and other networks will be spoofed.

“This brilliant creative team is truly breaking new ground, marrying daily headline events with animation, to create their own unique spin on today’s news coverage,” Julie McNamara, CBS All Access’ executive vice president of original content, said Sunday. “Whether you come for your daily dose or the full length episode at the end of the week, CBS All Access is the perfect destination for this innovative, comedic look at our culture of ‘Breaking News’ overload, and we are thrilled to be in business with these phenomenal creative minds from within the ViacomCBS family.”

“Silence of the Lambs” lives on with a follow-up series coming to CBS. “Clarice” takes place in 1993, one year after the events of the Oscar-winning movie, and follows the untold personal story of FBI agent Clarice Starling, as she returns to the field to pursue serial murderers and sexual predators while navigating the high stakes political world of Washington, D.C.

Jodie Foster played the heroine in the 1991 movie, which earned her an Academy Award. The film won four additional Oscars, including Best Picture and Best Director for Jonathan Demme, and is based on the best-selling novel.

“After more than 20 years of silence, we’re privileged to give voice to one of America’s most enduring heroes — Clarice Starling,” said Alex Kurtzman and Jenny Lumet, who will write and executive produce Clarice. “Clarice’s bravery and complexity have always lit the way, even as her personal story remained in the dark. But hers is the very story we need today: her struggle, her resilience, her victory. Her time is now, and always.”

CBS All Access said it has given a second season renewal of its upcoming original series “Star Trek: Picard,” starring Sir Patrick Stewart reprising his iconic role as Jean-Luc Picard. He has played that role for seven seasons on “Star Trek: The Next Generation.” The new series follows this iconic character into the next chapter of his life.

“The energy and excitement around the premiere of ‘Star Trek: Picard’ has reached a magnitude greater than all of us at CBS All Access could have hoped for,” McNamara said. “We’re thrilled to announce plans for a second season before the series’ debut, and we are confident that ‘Star Trek’ fans and new viewers alike will be captured by the stellar cast and creative team’s meticulously crafted story when it premieres on January 23.”

Peele, who also narrates the episodes, has written an episode for the second season titled “Downtime.”

Multiple Emmy Award-winner Edie Falco is set to star in “Tommy,” which premieres on CBS on Thursday, February 6 at 10 p.m. ET. She plays a former high-ranking NYPD officer who becomes the first female chief of police for Los Angeles.

“Interrogation” is a true-crime series based on a case that spans more than 20 years, in which a young man was charged and convicted of brutally murdering his mother. After being sentenced to life in prison, he continued to fight to prove his innocence. With all episodes dropping at once, viewers will see the day of the crime and then follow the evidence like a cold case detective, abandon the linear narrative and determine their own investigative path by watching the episodes leading up to the finale in any order.

The series premieres Thursday, February 6 on CBS All Access.