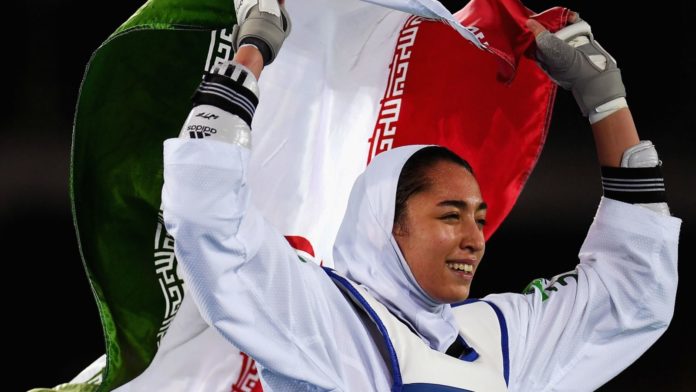 The 21-year-old, who won a landmark bronze medal in the 2016 Rio Olympics, says she has fled “hypocrisy, lies, injustice and flattery”

Alizadeh made history when she became the first Iranian woman to win an Olympic medal with bronze in the 57kg category of Taekwondo at the 2016 Rio Olympics.

In social media posts, Alizadeh described herself as “one of the millions of oppressed women in Iran” and said she had left Iran to avoid “hypocrisy, lies, injustice and flattery”.

She also claimed Iranian authorities had used her as a propaganda tool and took credit for her Olympic success.

“They took me wherever they wanted. I wore whatever they said. Every sentence they ordered me to say, I repeated. Whenever they saw fit, they exploited me,” she wrote.

“I wasn’t important to them. None of us mattered to them, we were tools.”

Reports of her defection first surfaced Thursday, after some reports suggested she had left for the Netherlands. It was unclear from her posts what country she had gone to.

Her defection comes as the country is gripped by protests following the accidental shooting down of a Ukrainian airliner and heightened tensions with the US.