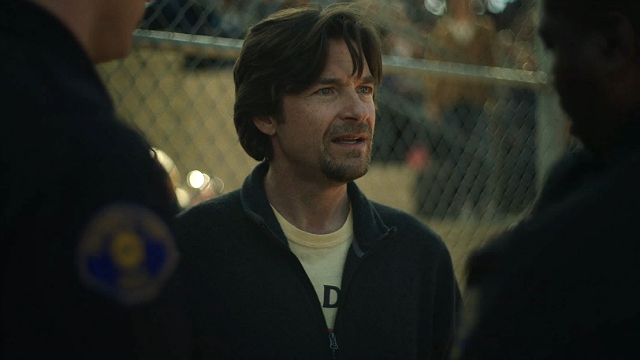 Det. Ralph Anderson had his officers arrest Terry Maitland during a Little League game that Terry was coaching. Overwhelming evidence of Terry’s guilt convinced the district attorney, Bill Samuels, and they got a broad warrant to search Maitland’s home.

Ralph interviewed the man who found Frankie Peterson’s body in the woods and identified a white van. A teacher, Mary Mason, saw Terry in a white van speaking with Frankie, whose bike chain was broken. She saw him put Frankie’s bike in the back and give him a ride. A young girl, June, saw Terry emerge from the woods with blood on his face. An ex-con working at a strip club called The Peach Crease talked to Terry who had come in to clean up and change his clothes. Terry called for a cab, even though one was in the lot. He had the cab driver take him to the train station where he appeared to pose for the security camera. 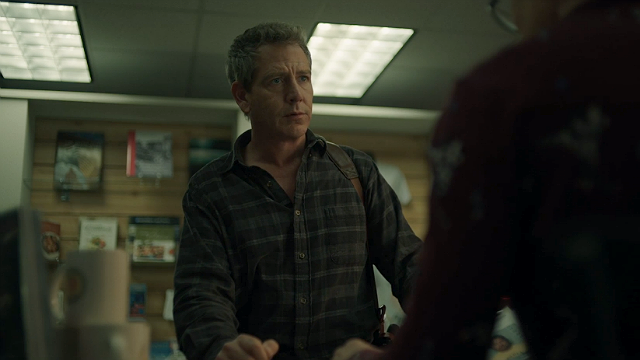 When Terry’s lawyer, Howie Gold, arrived, Terry explained that he’d been out of town that day. He was at a teacher conference in a hotel in Atlanta. The teachers he was with corroborated his story. Howie’s investigator arrived at the Babcock hotel and retrieve footage from public access coverage of the conference showing Terry asking a question at a panel around the same time as the murder. Howie showed Ralph and Bill the footage.

Knowing that the DA would want forensic evidence, Ralph beat Howie’s investigator to the gift shop at the hotel. The shop owner remembered Terry since he considered buying an expensive book there that was rarely looked at. Ralph purchased the book and dusted it for fingerprints. Comparing them to prints from the murder scene and those taken from Terry at booking, they all matched.

Despite the evidence and the withdrawal of charges, Terry was still in the system. Other prisoners with him knew that he was charged for murdering a child. One threatened to kill him after his arraignment. 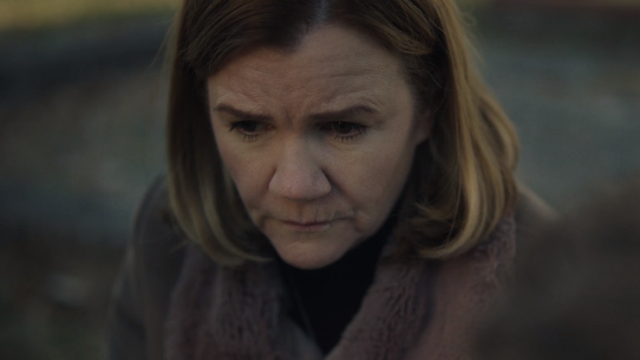 Ralph and his wife, Jeannie, visited the grave of their son, Derek. He had died of cancer and had been on Terry’s Little League team when he was alive.

Joy Peterson, Frankie’s mother, had a breakdown. She took a baseball bat to the dinner table. As her son, Ollie, and husband, Fred, tried to calm her down, she had a fatal heart attack.

Terry’s wife, Marcy, found their daughter, Jessa, staring into an empty room in the middle of the night. When Marcy touched her, she appeared to have woken up. Jessa yelled at a man only she could see who she claimed told her to do bad things.

What did you think of the premiere of The Outsider? Let us know in the comment section below!