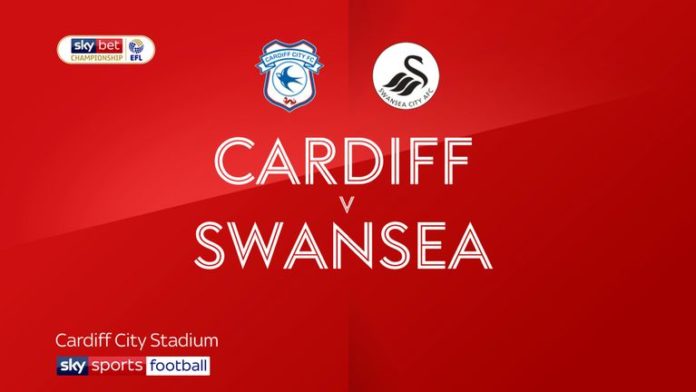 Sheffield United striker Oli McBurnie could face action over an ‘obscene gesture’ he made towards Cardiff City fans on Sunday.

The 23-year-old was spotted supporting his former club Swansea during their 0-0 draw away at Cardiff.

He may be grabbing the goals for Sheffield United in the Premier League these days – but there is no way the striker was missing this one! ? pic.twitter.com/mddPpUMZDu

The Scotland forward scored the winning goal for Sheffield United in their 1-0 Premier League win over West Ham just under 48 hours earlier.

The Football Association are usually reluctant to formally discipline players on the back of photographs but could reprimand and give McBurnie a warning over the incident.

Sky Sports News has contacted the FA for a comment.

McBurnie also led the away fans’ chants during Swansea’s 3-1 win over QPR at the Kiyan Prince Foundation stadium in August.