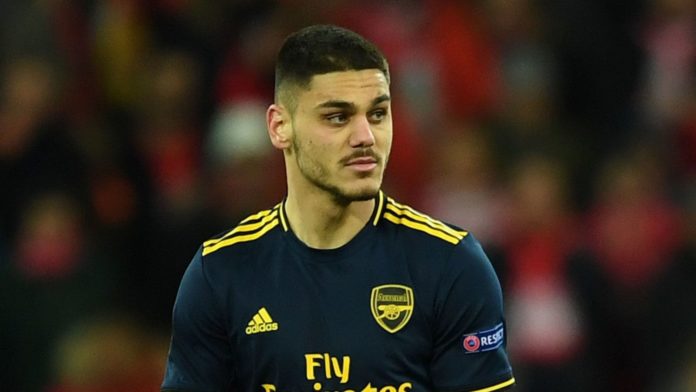 Arsenal continue to evaluate future of Eddie Nketiah with all interested in a loan deal.

Arsenal defender Konstantinos Mavropanoswill have a medical with German second division club FC Nurnberg on Monday ahead of a loan move.

Mavropanos, 22, has made just nine first-team appearances since signing from PAS Giannina in 2017, predominantly playing for the under-23s during that time.

The Greek defender is effectively sixth choice under new boss Mikel Arteta who has said he is considering signing a defender in the January window after centre-back Calum Chambers was ruled out for up to nine months with a knee injury.

Meanwhile, Eddie Nketiah is set to be the latest Arsenal player to leave the club on loan following Emile Smith Rowe’s departure to Huddersfield.

The England Under-21 striker was recalled from his spell at Leeds United earlier this month due to a lack of first-team chances and is the subject of interest from Nottingham Forest, Sheffield Wednesday and Bristol City.