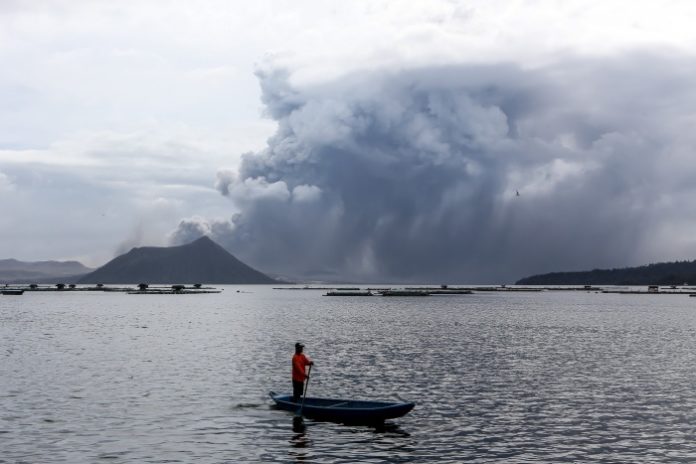 The Taal volcano has erupted in the Philippines sending a massive plume of ash and steam over the Batangas province.

Nearly 50,000 people living near the volcano have heeded official warnings to evacuate as fears of a larger eruption grow, officials said on Monday.

Taal is the Philippines’ second most active volcano.

Situated on an island in the middle of a lake, it is one of the world’s smallest volcanoes and has recorded at least 34 eruptions in the past 450 years.

The Philippine Institute of Volcanology and Seismology increased the alert level for the volcano to four (on a scale of five) on Sunday, indicating an increased prospect of a hazardous eruption “within hours to days”.

Authorities have also warned of a possible “volcanic tsunami”, which can be trigged by falling debris after an eruption, pushing the water and generating waves.

The volcano is approximately 66 kilometres south of Manila.