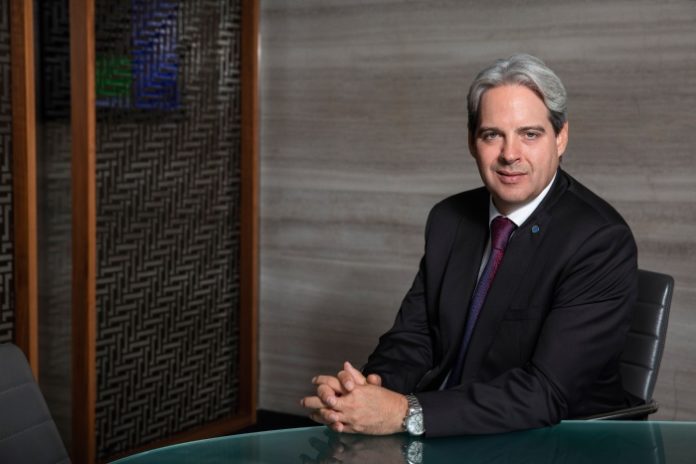 Guy Hutchinson has taken over as the permanent president and chief executive Rotana Hotels & Resorts.

He has held the position in an acting capacity since the departure of Omer Kaddouri from the company in 2018.

With 30 years of experience working in the hospitality industry, the seasoned executive joined Rotana as chief operating officer in early 2014.

Previously, he served various roles with Hilton Worldwide in markets as diverse as Japan, Australia, China, India and the UAE.

Under the leadership of Hutchinson, Rotana has reached new milestones that bolstered its preeminent position in the industry.

The company sustained revenue growth, deepened its presence in the region and globally, enhanced product offering and strengthened commercial efforts and partnerships during last year.

Commenting on this development, Nasser Al Nowais, chairman of Rotana, said: “Leveraging his extensive industry experience, as well as his progressive and dynamic leadership skills, he led the team at Rotana to deliver a remarkable year in 2019 despite challenging market conditions.

“I am confident that Rotana will continue to go from strength to strength under his tenure, as we continue to push ahead with our vision to be one of the leading hospitality management companies globally.”

During 2019, Rotana further developed its global footprint by bringing the company’s signature hospitality to new markets.

In February, the hotel operator took over management of Baghdad’s famed Babylon Hotel, now named the Babylon Rotana Baghdad, and in August an agreement was signed to operate the iconic Palmeraie Resorts in Morocco’s major economic centre Marrakech, with rebranding complete in quarter one of 2020.

On confirmation of the new role, Hutchinson said: “I feel honoured to have been given this opportunity.

“It is truly exciting to work alongside such a talented and dedicated team, and together we look forward to leading Rotana’s next phase of growth.