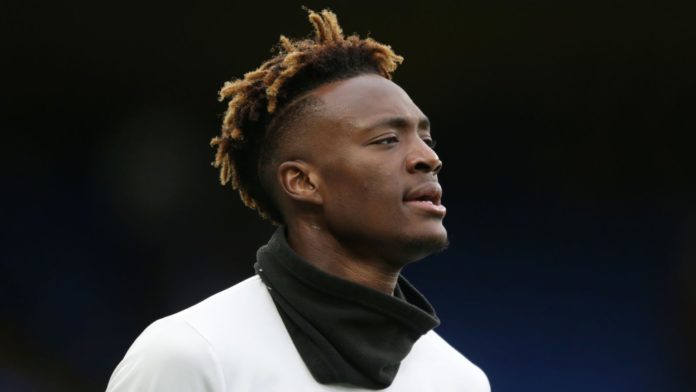 Tammy Abraham wants to light up Stamford Bridge with “beautiful football” to turn Chelsea’s maiden season under Frank Lampard into a major success.

England forward Abraham notched his 13th Premier League goal of the season as Chelsea eased past Burnley 3-0 on Saturday to cement fourth place in the table.

Lampard’s men had slumped to successive home losses to Bournemouth and Southampton over Christmas and were struggling for fluency on home soil.

But the Blues grew in rhythm and confidence in brushing aside Burnley, to leave Abraham admitting now is the time for boss Lampard’s men to start putting on a regular Stamford Bridge show.

Asked if the onus is on Chelsea’s players to create a raucous atmosphere at home, Abraham said: “We do have to do that. The fans want to come and watch beautiful football and recently in our home games we haven’t been giving them that.

“You could see that we played beautifully against Burnley though and the fans were behind us.

“I think we had been coming to Stamford Bridge recently and it was just a bit too slow. Against Burnley, we showed that we started sharp and it continued throughout the game.”

Callum Hudson-Odoi swept in the third to seal a fine victory for the Blues and a return to home form, but Abraham knows only tougher Stamford Bridge assignments lie ahead.

Arsenal, Manchester United and Tottenham are all up next for the Blues in west London, leaving Abraham and company well aware they must continue to raise the level.

“We’ve got to make the stadium rock,” said Abraham.

“We’ve got tough games coming here but I am always confident – especially after the Burnley win – that we can go out and enjoy ourselves.

“For me I was always confident, it was just a matter of time. We knew we had to give a performance against Burnley though and we went out full of confidence.

“It was a bit disappointing after the win at Arsenal to draw at Brighton but we had to take the confidence from Arsenal into this game.”