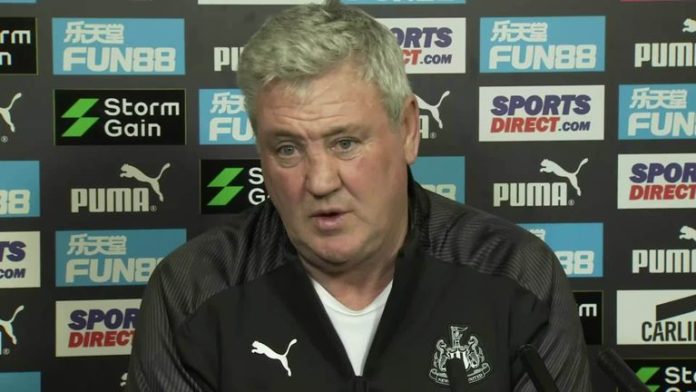 Manchester United vs Wolves, Tottenham vs Middlesbrough in pick of the fixtures

Premier League sides Manchester United, Wolves and Tottenham are all in action in the FA Cup third-round replays this week.

Watford and Newcastle will also be playing their third-round ties again, and there will be extra time and penalties if the replays are drawn after 90 minutes.

Newcastle head into the replay with defender Paul Dummett and striker Dwight Gayle having been added to a lengthy casualty list with hamstring injuries suffered during Saturday’s 1-1 Premier League draw at Wolves, although skipper Jamaal Lascelles could return from a fractured tibia.

Striker Joelinton, who played on with a groin problem, is yet to be ruled out of the clash with League One Dale while skipper Jamaal Lascelles could return after recovering from a fractured tibia.

The game will come too soon for midfielder Jonjo Shelvey and forward Allan Saint-Maximin (both hamstring), while defenders Javier Manquillo and Fabian Schar (also both hamstring) and DeAndre Yedlin (knee), as well as midfielder Ki Sung-yueng and striker Yoshinori Muto (both knocks), are still sidelined.

Stat of the game: Newcastle have lost just one of their last 27 FA Cup home matches against sides from a lower division (W21 D5), losing 1-5 vs Birmingham in 2007 in a third-round replay.

Connor Jennings is Tranmere’s main fitness concern ahead of their FA Cup third-round replay against Watford. Jennings, whose goal sparked Rovers’ dramatic comeback from 3-0 down in the original tie, was forced off before half-time in Saturday’s goalless draw with Southend after a collision with opposing goalkeeper Mark Oxley.

Alex Woodyard is cup-tied having played in this season’s competition for Peterborough, but fellow recent signing Peter Clarke was only an unused substitute in Fleetwood’s tie against Crawley so is eligible.

Watford boss Nigel Pearson is set to once again rotate his team. For the original meeting at Vicarage Road, the Hornets head coach made nine changes from the side which had defeated Wolves a few days earlier.

Stat of the game: Watford have failed to win any of their last seven FA Cup third-round replays played away from home (D3 L4) since beating Preston North End in January 1950. The Hornets have failed to score in their last five such matches in the competition.

Tottenham boss Jose Mourinho has revealed Toby Alderweireld will be rested in the FA Cup replay against Middlesbrough. Alderweireld is the only man who will get the night off as Mourinho confirmed everyone else, including Christian Eriksen, will be involved.

Middlesbrough boss Jonathan Woodgate will be without striker Britt Assombalonga after he suffered a setback in training. Assombalonga, who has not played since damaging an ankle against Charlton on December 7, had been expected to join the squad for the trip to the capital but was still struggling in training on Sunday and has been left out of the travelling party.

Keeper Darren Randolph, who underwent a medical at West Ham last week, is fit after a thigh injury but with his proposed transfer yet to be completed, will not figure. Tomas Mejias is set to start once again after playing in the first game.

Defender Daniel Ayala is expected to be out for two to three weeks with an ankle problem while George Friend, Ryan Shotton and Anfernee Dijksteel are still sidelined.

Stat of the game: Tottenham are unbeaten in their last nine home games against Middlesbrough in all competitions (W6 D3), but did lose a penalty shootout in this run in December 2003 in the League Cup quarter-final.

Ole Gunnar Solskjaer has admitted there is a question mark over the involvement of Marcus Rashford, Luke Shaw and Ashley Young for Manchester United.

Rashford was withdrawn in the second half of the win against Norwich, with Solskjaer admitting he might need to “see how we can manage him.” Shaw has suffered from illness, as well as a hamstring problem, while Ashley Young was deemed not fit enough to face the Canaries.

Stat of the game: Manchester United are without a win in five games against Wolves in all competitions (D3 L2) since a 5-0 victory in the Premier League in March 2012.

Fourth-round tie: Away game against Tranmere or Watford on Sunday 26 January (kick-off 3pm).