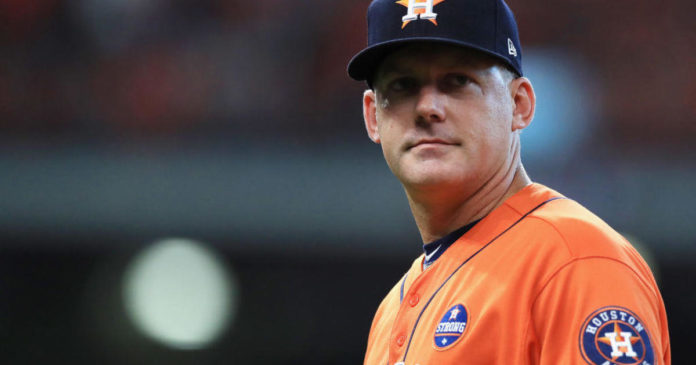 Major League Baseball on Monday suspended Houston Astros general manager Jeff Luhnow and manager A.J. Hinch for one year after a league investigation found that the team used technology to steal signs during the 2017 and 2018 season. The Astros will also pay a $5 million penalty and forfeit their first and second-round picks in 2020 and 2021.

Investigators interviewed 68 witnesses, including current and former Astros players, and reviewed tens of thousands of emails, text messages and videos.

“I find that the conduct of the Astros, and its senior baseball operations executives, merits significant discipline,” Commissioner Rob Manfred said in the league’s nine-page ruling.

“The conduct described herein has caused fans, players, executives at other MLB clubs, and members of the media to raise questions about the integrity of games in which the Astros participated. And while it is impossible to determine whether the conduct actually impacted the results on the field, the perception of some that it did causes significant harm to the game,” Manfred said.

This story is developing. Check back for updates.