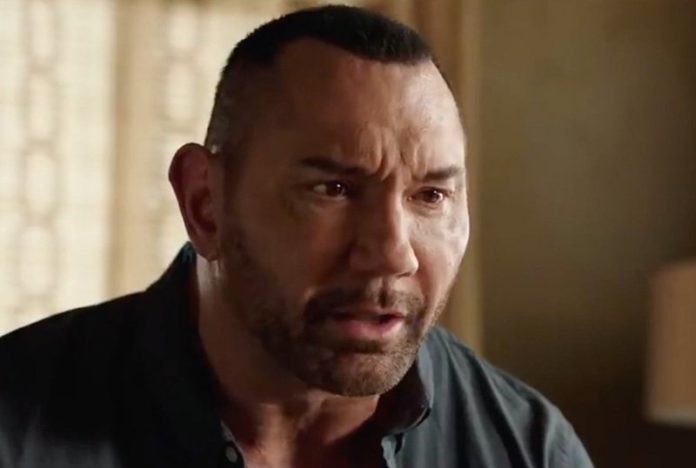 Deadline is reporting that Dave Bautista (Guardians of the Galaxy, Stuber, Dune) is joining the second season of Jason Momoa’s drama See for Apple TV+.

See is a high concept series that takes place in a future where humanity has lost the ability to perceive the world with sight. It will follow the story of fearless leader Baba Voss, the father of twins born centuries later with the mythic ability to see—who must protect his tribe against a powerful yet desperate queen who believes it’s witchcraft and wants them destroyed.

Jonathan Tropper will serve as day-to-day showrunner for Season 2 and will also executive produce. The series is created and written by Academy Award nominee Steven Knight (Dirty Pretty Things, Peaky Blinders, The Girl in the Spider’s Web) and directed by Francis Lawrence (The Hunger Games: Mockingjay, I Am Legend). Knight and Lawrence will executive produce See alongside Peter Chernin, Jenno Topping, and Kristen Campo for Chernin Entertainment/Endeavor Content.