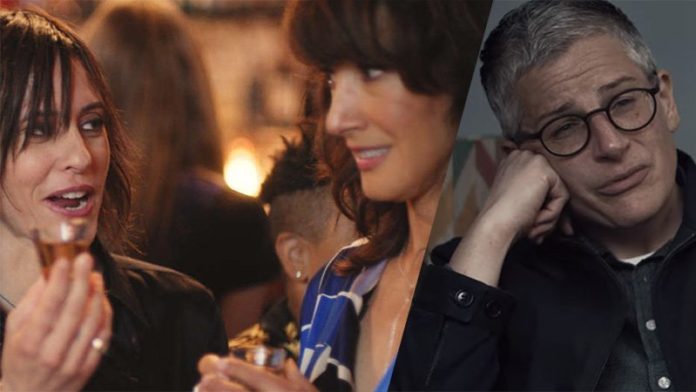 Showtime renews The L Word: Generation Q and Work in Progress for a second season

Showtime has officially announced that they have renewed Jennifer Beal’s The L Word: Generation Q and Abby McEnany’s comedy series Work in Progress for a 10-episode second season which will be two episodes longer than the current season. The renewal announcement comes ahead of the forthcoming first season finales of the two shows which will both air on January 26.

“The L Word: Generation Q took our original series that was revered and reinvigorated it for a new generation and a new era,” President of Entertainment for Showtime Networks Inc., Gary Levine said in a statement. (via Deadline) “The result has been a show that appeals to all generations for its relevance, its fearlessness, its emotion and its fun. I can’t wait to see what Marja, along with Ilene and this talented ensemble, will deliver for season two.”

RELATED: Shameless Renewed for 11th and Final Season at Showtime

Set over 10 years after the events of The L Word, The L Word: Generation Q features the return of original series stars Jennifer Beals, Kate Moennig, and Leisha Hailey who reprise their roles as Bette, Shane and Alice, respectively. Joining them are a new generation of diverse, self-possessed LGBTQIA characters experiencing love, heartbreak, sex, setbacks and success in L.A.

The series is scheduled to return for the seventh and penultimate episode titled “Lose It All” on January 19. Directed by Jennifer Arnold from a script written by Francesca Butler, the new episode’s official synopsis reads: “Bette is conflicted about old feelings, Shane is tested by her relationship with Quiara, and Alice gets blindsided at home and work. Meanwhile, with Dani busy with the election, Sophie feels relieved to have Finley around. Micah introduces José to his mother.”

Work in Progress features Abby McEnany playing a fictionalized version of herself, who is a 45-year-old self-identified fat, queer dyke whose misfortune and despair unexpectedly lead her to a vibrantly transformative relationship. It also stars Karin Anglin as Alison, Celeste Pechous as Campbell and former Saturday Night Live member Julia Sweeney.

“We could not be more gratified that both critics and viewers are responding to the spark of creativity and original point of view that blew us away when we first saw the pilot that screened at Sundance last year,” Showtime Networks’ President of Entertainment, Jana Winograde said. “We fell in love with Abby at first sight, and are eager to share in the laughter (and tears) that she, Tim and Lilly will undoubtedly evoke in season two.”

The series is written, executive produced by McEnany, Tim Mason and Lilly Wachowski (The Matrix Trilogy), who all serve as co-showrunners with Mason also set as the series’ director. It is executive produced by Lawrence Mattis, Ashley Berns and Josh Adler of Circle of Confusion, Tony Hernandez of JAX Media (Desus & Mero) and Julia Sweeney.