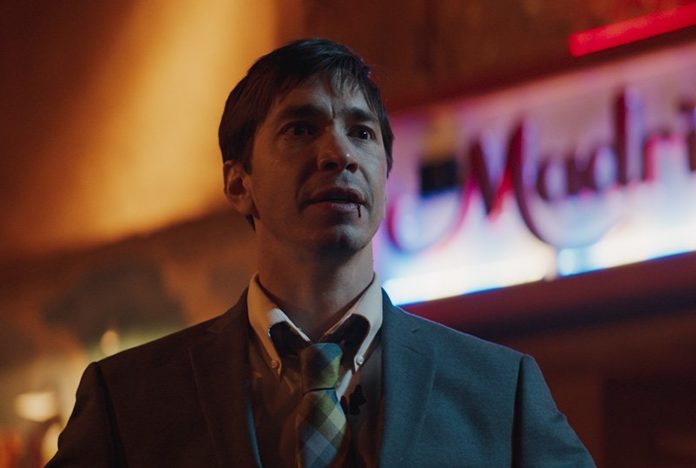 ComingSoon.net has an exclusive first look at The Wave Blu-ray as well as new photos from the sci-fi comedy movie starring Justin Long (Live Free or Die Hard). You can pre-order the Blu-ray here, and check out the Blu-ray details below as well as the photos in the gallery!

RELATED: The Wave Trailer: Justin Long is in for The Ride of His Life

The Wave Blu-ray special features include animatics, commentary, a gag reel, a VFX breakdown, and trailers for the film.

Frank (Long), an opportunistic insurance lawyer, thinks he’s in for the time of his life when he goes out on the town to celebrate an upcoming promotion with his co-worker, Jeff. But their night takes a turn for the bizarre when Frank is dosed with a hallucinogen that completely alters his perception of the world, taking him on a psychedelic quest through board meetings, nightclubs, shootouts, and alternate dimensions. As Frank ping-pongs between reality and fantasy, he finds himself on a mission to find a missing girl, himself – and his wallet.

The Wave will arrive on Blu-ray from Epic Pictures Group on February 11. 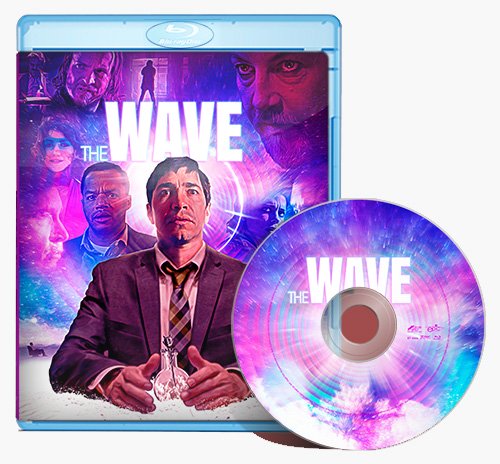