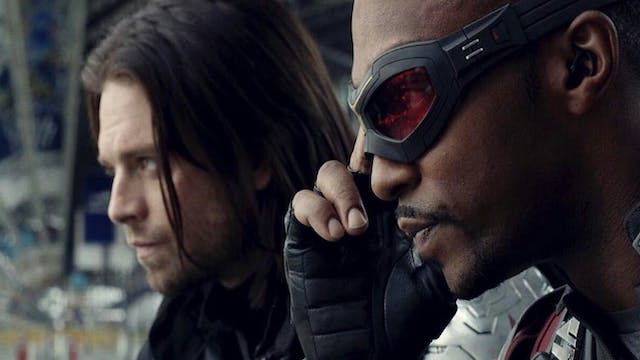 The Falcon and the Winter Soldier Halts Production in Puerto Rico

Approximately nine months from now, The Falcon and the Winter Soldier will become the first MCU original series on Disney+. However, the production has just hit its first major challenge. Via Deadline, the show’s previously scheduled shoot in Puerto Rico has been suspended. The primary reason is because Puerto Rico suffered a 6.4 earthquake last week, followed by a 5.9 earthquake over the weekend.

Originally, Marvel Studios had planned to shoot in the northern part of the island. Now, it’s unclear if the series will film in Puerto Rico at all. According to the report, it’s more likely that an alternative location will be found. Regardless, the production will come to a halt until a solution is found.

Anthony Mackie and Sebastian Stan are reprising their titular roles in The Falcon and the Winter Soldier.  The series will pick up after the events of  Avengers: Endgame, as the unlikely duo are drawn back into duty.

Emily VanCamp will also return as Sharon Carter for the first time since Captain America: Civil War. Additionally, Daniel Brühl will reprise his role as Helmut Zemo. Wyatt Russell has also joined the cast as John Walker a.k.a. U.S. Agent.

The Falcon and the Winter Soldier will hit Disney+ in Fall 2020.

What do you think about the latest developments for The Falcon and the Winter Soldier? Let us know what you think in the comment section below!

Recommended Reading: Captain America and the Falcon: The Complete Collection