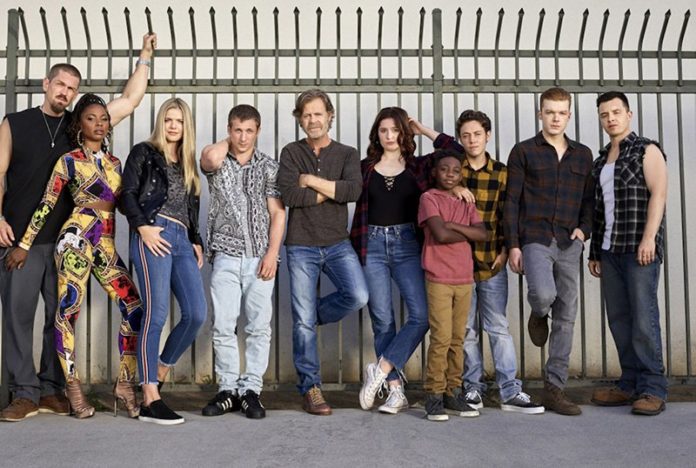 Shameless renewed for 11th and final season at Showtime

During the TCA winter press tour, it was announced that Showtime’s Shameless has been renewed for Season 11, which will serve as the final season of the award-winning series, TVLine has confirmed.

“The characters of Shameless have brought Showtime viewers more laughs and tears and pure enjoyment than any program in our history. While we are sad to bid the Gallaghers farewell, we couldn’t be more confident in the ability of showrunner John Wells, his writing team and this great cast to bring our series to its appropriately Shameless conclusion,” said Gary Levine, President of Entertainment at Showtime Networks.

“I’m unbelievably thankful for all of the years of support from Gary Levine and everyone at Showtime that’s allowed us to make Shameless. It’s been a fantastic experience and all of us in the cast and crew have had a wonderful time following the lives of the Gallagher family and friends. It’s been a pleasure!” added showrunner John Wells.

Season 10 of Shameless is currently airing with new episodes every Sunday night on Showtime. The 10th season picks up six months after last season’s finale. Frank (Macy) uses his leg injury to collect as many prescription drugs as possible, and his exploits lead him to an old friend. Emboldened by the $50,000 left to her by Fiona, Debbie (Emma Kenney) has stepped in as the family’s new matriarch, ruling over the Gallagher household with an iron fist. Lip (Jeremy Allen White) navigates his relationship with a newly affectionate Tami (Kate Miner). Carl (Ethan Cutkosky) has to decide what to do with his life as he finishes military school and heads back to the South Side. Liam (Christian Isaiah) is committed to learning more about black history and culture under the tutelage of V (Shanola Hampton), as Kev (Steve Howey) faces an identity crisis. Gallavich returns this season as Ian (Cameron Monaghan) and Mickey (Noel Fisher) rekindle their romance in prison as both cellmates and lovers.

Created by Paul Abbott, Shameless is produced by Bonanza Productions in association with John Wells Productions and Warner Bros. Television. Developed for American television by John Wells, the series is executive produced by Wells, Nancy M. Pimental, and Joe Lawson.