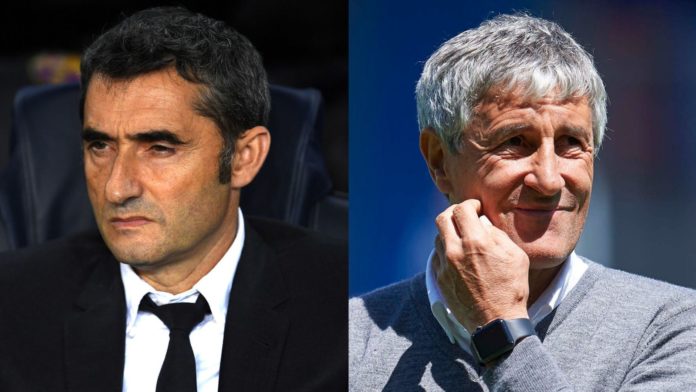 Ernesto Valverde has been sacked by Barcelona after two-and-a-half years at the Nou Camp, with Quique Setien taking over until June 2022.

Valverde is the first manager to be sacked by Barcelona mid-season since Louis van Gaal was dismissed in January 2003.

Barcelona are currently ahead of Real Madrid at the top of La Liga on goal difference, but were knocked out in the semi-finals of the Spanish Super Cup on Thursday after a 3-2 defeat to Atletico Madrid.

They are through to the Champions League knockout stages, where they will face Napoli in the Round of 16 in February.

Valverde, previously at Athletic Bilbao and Valencia, replaced Luis Enrique in 2017 and won back-to-back league titles during his time in charge.

Setien, 61, has had recent success in La Liga, guiding Las Palmas to survival in 2015, before taking Real Betis into Europe in 2018.

He lead Betis to wins over Barcelona, Real Madrid and Atletico Madrid last season, but was sacked at the end of the campaign.

Former players Xavi and Ronald Koeman were approached by the club to take over from Valverde this month, but both turned down the opportunity.

Reports suggested that Xavi, who is currently in charge at Qatarian side Al Sadd, was prepared to take the job at the end of the season, but the Spanish champions decided to opt for an immediate appointment.