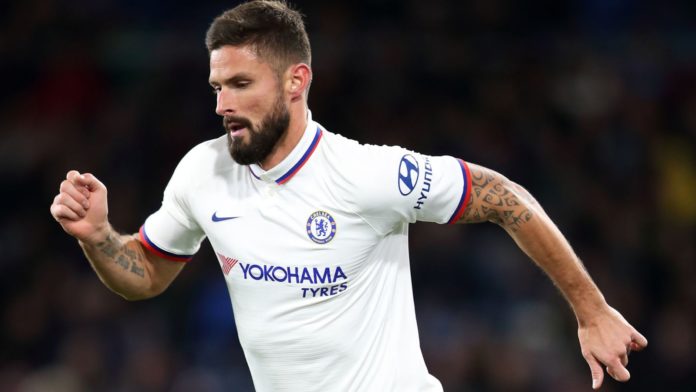 Who have Chelsea been linked with this January? Latest rumours…

What have Chelsea done so far?

Chelsea’s only deal so far this window has been to recall Danny Drinkwater from his loan spell at Burnley before immediately sending him out to Aston Villa.

Sky Sports News reporter Kaveh Solhekol has revealed Chelsea are very keen to sign a centre-back from a Premier League rival who is worth up to £50m.

He told The Transfer Show: “I think the targets they are looking at are wide players and also a striker.

“They are in for Wilfried Zaha but it will difficult to sign him from Crystal Palace, they do not want to sell him but it is significant that he has changed agents and will now be represented by Pini Zahavi. He’s close to the Chelsea owner Roman Abramovich.

“There is also Jadon Sancho but he will cost a lot of money – he could cost over £100m. That is a deal that is more likely to happen in the summer if he were to leave Germany.

“There is Moussa Dembele, we know they are interested in signing him from Lyon, but we are being told that he would like to come back to England but Lyon really want to hold on to him because of their injury problems.

“Then there is the left-back situation where their dream signing would be Ben Chilwell, but again it would be almost impossible to sign him from Leicester because they are not going to sell him.

“There is one other player whose name has been mentioned to me, he is a central defender at a rival Premier League club. We have been told Chelsea are very keen on signing him and some of the agents that are involved in the deal think it could happen this month. A young, very promising centre-back who would cost at least £50m.”

The latest players Chelsea have been linked with…

Tottenham look to have won the race to sign Benfica midfielder Gedson Fernandes on an 18-month loan deal, but Chelsea also made an offer for Fernandes, which is believed to be an 18-month loan with an obligation to buy for £55m.

Borussia Dortmund are determined to keep hold of Jadon Sancho in January despite interest from a host of clubs from around Europe, according to Sky in Germany.

Lyon striker Moussa Dembele is one of the forward options Chelsea are considering trying to sign in January.

Olivier Giroud and Michy Batshuayi are likely to leave Chelsea during the transfer window and Frank Lampard has been tracking Dembele for some time. Lampard sees similarities between Dembele and former Chelsea forward Didier Drogba.

Manchester City are interested in a January deal for Bournemouth‘s Nathan Ake – despite a contract clause seemingly putting Chelsea in pole position to bring him back to Stamford Bridge.

Chelsea have also been monitoring CSKA Moscow striker Fedor Chalov. The club’s owner Roman Abramovich is understood to be a fan of his fellow Russian.

Who else have the Blues been linked with?

The latest on those who could leave Chelsea this January…

Inter Milan are close to an agreement with Chelsea over a deal for Olivier Giroud, according to Sky in Italy.

Officials from the Serie A side held talks with the France striker’s agents last week and a reported two-and-a-half year deal agreed.

AC Milan are considering a move for centre-back Andreas Christensen, according to Sky Italy.

The Italian side’s move for Barcelona defender Jean-Clair Todibo has stalled and they are now looking at alternative options – one of those being Christensen. Milan would like any deal to be a loan with an option to buy.

Meanwhile, Steven Gerrard has distanced himself from reports suggesting Rangers are set to make a move for Chelsea striker Giroud in January.

Sky Sports News understands Aston Villa have made a loan move for the forward, but can now only sign him on a permanent deal due to loan rules, having already brought in Danny Drinkwater until the end of the season.

Who else could depart Stamford Bridge?