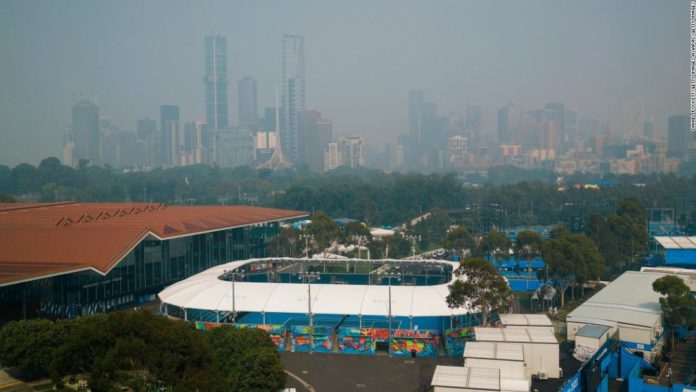 The qualifying matches took place at 11 a.m. local time. Australian Open organizers said conditions were improving and “constantly being monitored.”
“As always the health and safety of our players, our staff and our fans is our priority,” said the statement, which added that further decisions would be made using on-site data, consultation with the medical team, the Bureau of Meteorology and scientists from EPA Victoria.
EPA Victoria forecast the air quality in Melbourne Tuesday as “very poor to hazardous” due to the heavy smoke from bushfires.
The Australian Open is the first tennis grand slam of the season and runs from January 20 to February 2.