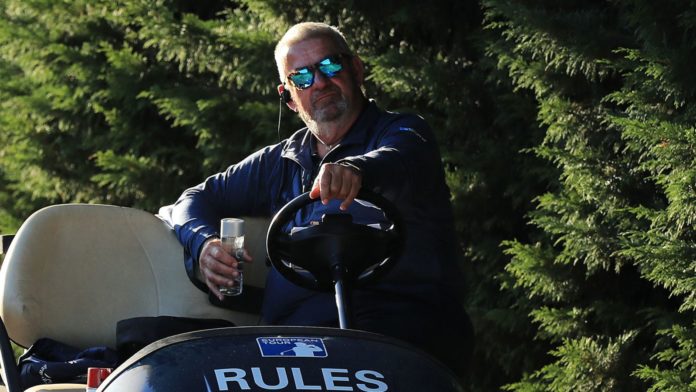 The European Tour have moved further to clamp down on slow play after making a key change to their initial four-point plan announced last year.

The new timing regulations come into force at this week’s Abu Dhabi HSBC Championship, where players will now be subject to a one-shot penalty if they are deemed to have taken too long twice during the tournament.

The original four-point plan stated that European Tour pros would be penalised a stroke for incurring two “bad times” in a single round, rather than over the full 72 holes.

Persistent offenders will also be handed increased fines if they are regularly put “on the clock” during the season, and the new regulations have been welcomed by the chief referee of the European Tour, John Paramor.

‘Time to get tough on slow play’

“Changing the regulation for an immediate one-shot penalty to now be triggered by two bad times in a tournament instead of a round will force slower players to consistently ensure they play within timing regulations.

“This is part of our wider, robust policy to tackle slow play but our fundamental advice to all players remains consistent – they should be ready to play when it is their turn.”

The statement went on to clarify the new timing rules based on the original announcement back in August, while a new timing system was trialled during the BMW PGA Championship at Wentworth in September, which will be tested again in Abu Dhabi.

It was also revealed that field sizes for full European Tour-sanctioned events will be reduced from the traditional 156 to a minimum of 144, assuming that all players in Category 18 (the final 116-132 on the 2019 Race to Dubai) and above have been entered.

“The European Tour’s four-point plan, announced in August, continues to put the European Tour at the forefront of pace of play management in the professional game,” the statement read.

“It was introduced following a mandate from the Tournament Committee to take firmer action against slower players. It focuses on four key areas: regulation, education, innovation and field sizes.

“A new ‘Pace of Play’ timing system utilising the latest technology was tested at the BMW PGA Championship in September, with a further trial taking place in Abu Dhabi this week.

“The intention is to roll the system out across a number of events in 2020, providing referees with the precise times for every group through every hole to make sure that no gaps are missed. On-tee displays linked to the system will also provide the players instantaneous information on their position in relation to the group in front.

“Field sizes at fully sanctioned events will be reduced from 156 to a minimum of 144. This will create space for referees to push groups over the Thursday and Friday rounds, while larger starting intervals will be built into play on Saturday and Sunday to create a better flow between groups.”