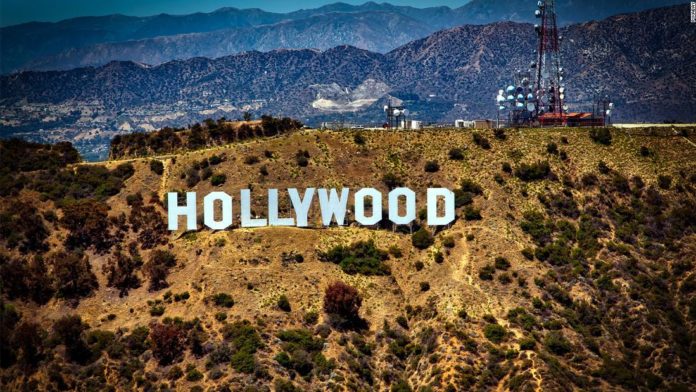 LA Collab, launched Monday by Los Angeles Mayor Eric Garcetti, will work to “connect Latinx talent, executives, and creators to opportunities in the entertainment industry,” a news release from the mayor’s office said. The initiative, with the help of dozens of creatives, hopes to change a steady trend of underrepresentation.
“To see an entertainment industry and an #Oscar list that reflects the face of our city, we have to expand opportunity to all our communities — and ensure that a child growing up in Pacoima or Jefferson Park can see her stories on the small or big screen,” Garcetti said on Twitter.
The initiative comes as the academy has been fighting a stigma that its membership is out of touch with the times and disproportionately male and white, as evident by criticism of the 2020 Oscar nominations and the 2016 #OscarsSoWhite controversy.
The 2020 nominations announced Monday included no nominations for female directors. In the acting categories, the omission of a nomination for Jennifer Lopez has renewed focus on the academy’s predominantly white acting nominees. Lopez had been mentioned as a possible best supporting actress for her performance in “Hustlers.”
Only 3% of films since 2007 featured Latino leads or co-leads, a 2019 study by the Annenberg Inclusion Initiative at the University of Southern California found. And only 4.5% of all speaking characters were Latino, the study says.
Females represented 17, or 49%, of the Latino leads or co-leads, but 5 of those 17 roles went to one actress, Cameron Diaz, the study found.
“This is 13.8 percentage points below US Census. Despite all of the talk about diversity and inclusion in Hollywood and the popular press, these findings represent no change in depictions of the largest ethnic group in America, who also comprise 39% of the population of the state of California, and 49% of Los Angeles’ population,” the study says.
The Los Angeles initiative’s first set of priorities include matching Latino projects with showrunners and producers, recruit more industry leaders and organizations and working to create a “more inclusive workforce in the entertainment industry,” the LA Collab website says.
“We will be your one-stop shop to connect you to vetted Latino resources, top and emerging creators and talent. We will support your diversity, equity, and inclusion initiatives to ensure Latinos are represented in front-of and behind the camera, while you meet your business objectives,” the website says.
They’ve already secured things like podcast and documentary deals as well as a scripted proof of concept deal with WarnerMedia’s 150, the mayor’s office said.
LA Collab will help “empower the next generation of Latinx creatives,” the mayor says.
The initiative has garnered the support of more than 50 leaders and organizations — including Eva Longoria, J.J. Abrams, Eli Roth, DeVon Franklin, Jason Blum and Zoe Saldana, the mayor’s office said.
“I started my own production company to create content from our community, and I became a director/producer to be in a position to hire people who look like me,” Longoria said in a statement. “With LA Collab, I want to open the door for many more Latinx creators and fuel the emergence of a better entertainment industry that elevates and celebrates the diversity and richness of my culture.”