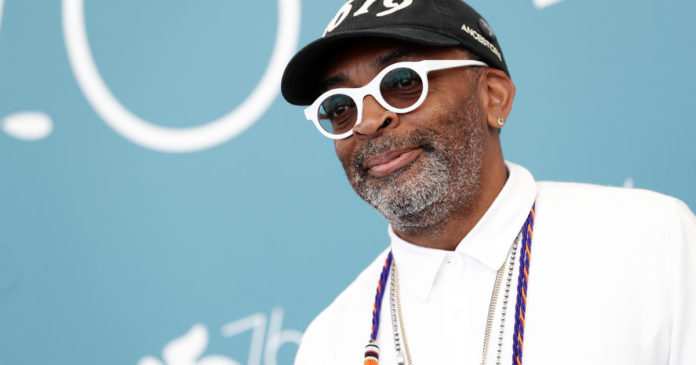 Acclaimed director Spike Lee will head to this year’s Cannes Film Festival as the first black president of its jury. “I’m honored to be the first person of the African diaspora (USA) to be named President of the Cannes Jury and of a main film festival,” the “Do The Right Thing” director said in a statement.

“My biggest blessings have been when they arrived unexpected, when they happened out of nowhere,” Lee continued. “I was shocked, happy, surprised and proud all at the same time.”

The festival’s organizers said they are looking forward to seeing how Lee injects his personality “to shake things up” at May’s event. “Spike Lee’s perspective is more valuable than ever. Cannes is a natural homeland and a global sounding board for those who (re)awaken minds and question our stances and fixed ideas,” festival organizers said in a statement.

The New York native, who works almost exclusively on his own screenplays, first formed a relationship with the prestigious festival back in 1986, when he presented his first feature film “She’s Gotta Have It.” Since then, Lee has presented six films at Cannes: “Do The Right Thing,” “Jungle Fever,” “Girl 6,” “Summer of Sam,” “Ten Minutes Older” and “BlacKkKlansman.”

He credits the French film festival for elevating his film career. “To me the Cannes Film Festival (besides being the most important film festival in the world – no disrespect to anybody) has had a great impact on my film career. You could easily say Cannes changed the trajectory of who I became in world cinema,” Lee said.

Though Lee has never won a Palm D’or, after a 22-year absence from the competition, Lee’s 2018 film “BlackKklansman,” took home the second-highest honor, the Grand Prix. The film, which is based on a true story of an African-American undercover police officer who infiltrated the Klan, also led to the director winning his first Academy Award.

Lee’s designation as president of the jury comes after top award shows face criticism over their lack of diversity.

In years past, Lee has been very outspoken about the lack of diversity in the Oscar nominations, supporting the #OscarsSoWhite protests by refusing to attend the 2016 Academy Awards. “My Wife, Mrs. Tonya Lewis Lee And I Will Not Be Attending The Oscar Ceremony This Coming February. We Cannot Support It,” he said at the time. “How Is It Possible For The 2nd Consecutive Year All 20 Contenders Under The Actor Category Are White?”

This year’s Oscar nominations again received backlash for a lack of diversity, with the majority of acting nominees being white and female directors being shut out of the major directing category.

The British Academy of Film and Television Arts, also known as BAFTA, also faced criticism this year after all of the actors nominated for the prestigious film awards were white.