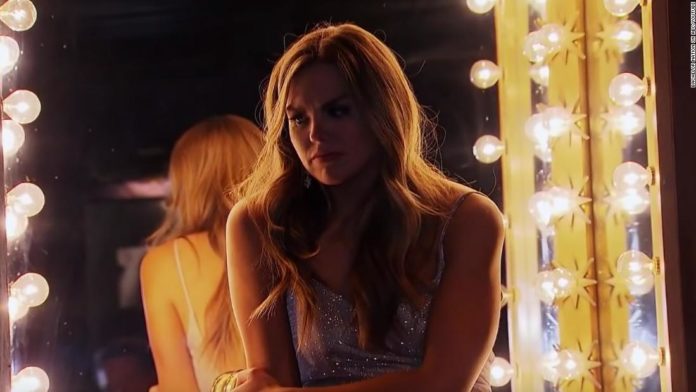 It was odd considering Brown had dumped Peter Weber, the star of the reality show, on last season’s “The Bachelorette.”
To see her back while Weber was looking for love left many viewers confused and left the contestants in a fury.
But Weber and host Chris Harrison are trying to explain to fans of the show exactly how it all went down.
“First of all, it was supposed to just be kind of a sweet, sincere, ‘I want to give you your wings back’ (moment),” Harrison said at the Television Critics Association. “And then it was supposed to be fun and light for her to come back on the date. We did not intend on (them) really sitting down and having a talk. But then it all really dissolved into what you saw, this gut-wrenching, raw emotional talk.”
The rest of Weber and Brown’s conversation continued during last night’s episode on ABC.
Weber claims he had no idea his ex was going to be showing up.
“(I) had no idea … and it caught me off guard, I was really curious why she was there,” Weber said. “That was a really real, raw conversation. It brought back feelings and I couldn’t hide those. You guys will see what happens next, but it obviously wasn’t over yet.”
In the end, Weber sent Brown home.
“Even though that conversation wasn’t planned, it needed to happen, and the hardest part for me was just struggling with the fact that I had amazing women [who] just showed up, and I didn’t have any feelings yet for anyone,” Weber said. “It was too soon to have any legit connection. So, it was awkward, it was uncomfortable, but it needed to happen.”