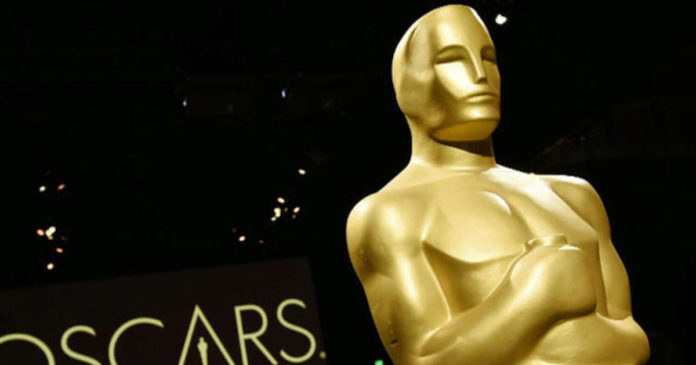 This year’s Academy Awards are stirring controversy – again – over the lack of diversity in its nomination pool. Concern over whether the Oscars are too white and too male sparked on Monday night as female filmmakers found themselves shut out of the Best Director category and only one person of color out of 20 spots was given an acting nod.

“Harriet” star Cynthia Erivo was the only non-white performer recognized as a nominee for Best Actress, while crowd favorites such as Jennifer Lopez in “Hustlers” and Lupita Nyongo’s performance in “Us” were passed over.

Celebrated female director Greta Gerwig’s name was also left out of her category, which actress Issa Rae seemed to note when announcing the honors. “Congratulations to those men,” she quipped.

After the original controversy that led to “#Oscarssowhite” in 2015, the Academy added more diverse members, but many say this year’s nods are a disappointing step backwards, “Entertainment Tonight” host Kevin Frazier reports.

Film critic Justin Chang raised concern over what he calls the awards show’s “return, in a lot of ways, to a kind of white male nostalgia” while commenting on the noticeable absence of stars from films like “Hustlers” and “Parasite.”

Creator of 2015’s viral #Oscarssowhite, attorney April Reign, expressed disappointment over 2020’s pool of nominees, saying that there was still work to be done.

“It’s always been about who is telling the story and whose story is being told,” she said. “The Academy has things that they can do to improve but Hollywood as a whole needs to step up.”

In response to Reign’s movement, the Academy set a goal of doubling the number of women and minority members by 2020. They have partially succeeded: the amount of people of color doubled from 8% to 16% and female membership has risec from 25% to 32%.

The Oscars did set one record – 62 women in total were honored, about a third of this year’s nominees.