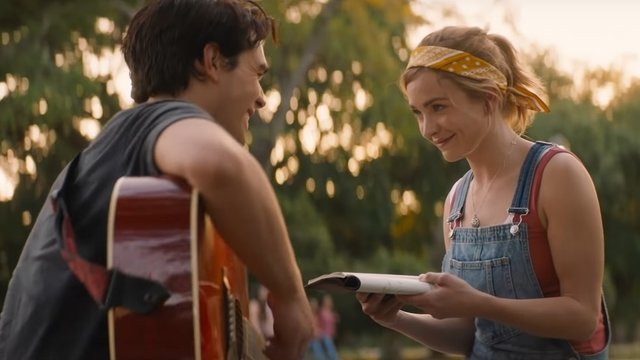 Lionsgate has released a brand new trailer for directors Andrew and Jon Erwin’s upcoming Jeremy Camp-biopic drama film I Still Believe which is inspired by the true love story between Camp and his first wife Melissa Lynn Henning-Camp. Starring KJ Apa and Britt Robertson, you can check out the video in the player below!

I Still Believe stars Apa (Archie from Riverdale) as Jeremy, a Grammy-nominated singer/songwriter with more than 5 million albums sold. The film is the true-life story of Jeremy’s remarkable journey of love and loss proves there is always hope in the midst of tragedy and that faith tested is the only faith worth sharing.

Purchase the Riverdale series from The CW here.

Joining Apa is country star Shania Twain as Terry Camp, Britt Robertson (Tomorrowland) as Melissa Henning, and Gary Sinise (Criminal Minds: Beyond Borders) as Tom Camp. This marks the second collaboration between Apa and Robertson, who first starred together in 2017’s comedy-drama A Dog’s Journey.

The film is produced by Jon and Andrew Erwin, who will also direct from a script by Jon Erwin and Jon Gunn. Kevin Downes will also produce.

You can catch I Still Believe when it opens in theaters everywhere March 20, 2020.