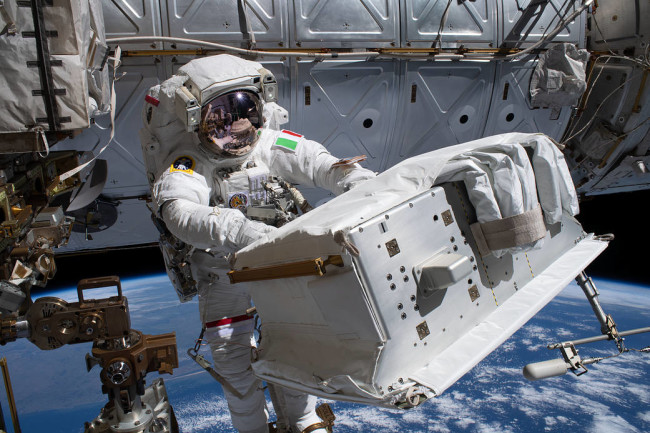 NASA TV will be airing live the next three spacewalks, which will finish repairs to the Alpha Magnetic Spectrometer (AMS) and replacement of batteries on the solar panels on the on the International Space Station (ISS).

Two of the three excursions will be conducted by an all-female team. NASA astronauts Jessica Meir and Christina Koch, who performed the first female spacewalk together in October, will be replacing nickel-hydrogen batteries on the ISS’ solar panels with new lithium-ion batteries.

The AMS sifts through particles in space, which has led to new discoveries about physics and, specifically, dark matter. Repairing it has been an ongoing project for astronauts on the ISS. The work is complicated in part by the fact that AMS wasn’t meant to be repaired. But because it is providing such important information about the universe we live in, NASA made the choice to fix it. The agency’s engineers have spent four years preparing for the repairs.

Live coverage of all three spacewalks will begin at 5:30 a.m. on NASA TV.