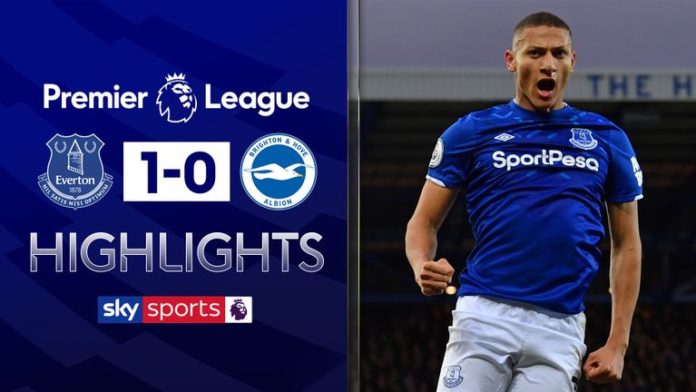 Everton maintain they are compliant with Financial Fair Play rules despite posting record losses of £111.9m in their 2018/19 accounts.

The Premier League club confirmed at their Annual General Meeting on Tuesday that losses had increased by £98.8m on the previous season, most of that being down to increased investment in their playing squad with the big-money signings of Richarlison, Lucas Digne and Yerry Mina and having sold Romelu Lukaku the previous season.

Everton’s cumulative losses over the past three years now amount to £94.4m but that is enough to leave them compliant with the league’s FFP rules.

The club posted its second-highest revenues of £188m compared with £189m in the previous year despite Everton having played in the Europa League in 2018.

Commercial revenue has been a key factor with the club posting a 32 per cent increase in commercial activity thanks to partnerships with the likes of USM and SportPesa.

Chief executive Professor Denise Barrett-Baxendale said, despite record losses, Everton will stick firmly to its vision to establish themselves as an elite club challenging at the very top of domestic and European competitions.

Owner Farhad Moshiri, absent from the AGM as he was in “deep discussions” about a stadium funding investor, has now invested £350m of his own money in the club. This is a shareholder loan [interest free with no fixed repayment date], and as part of that investment net debt has been reduced from £65.7m to £9.2m.

Everton say this reflects the club’s position in the early part of an investment cycle as they look to challenge at the top end of the Premier League and a long-term sustainable business plan has incorporated this period of short term loss making, with the club remaining committed to operating in a financially sustainable manner.

All of Everton’s future plans will be undertaken with new manager Carlo Ancelotti at the helm of first-team affairs, with the Italian a unanimous choice of the club’s board to lead them into a period when they hope to be in a new stadium at Bramley Moore Dock.

That new home will be financed by a combination of equity and debt funding through loans, which could form 60-70 per cent of funds, while USM will pay £30m for an option on naming rights.

The club has continued to discuss funding opportunities with Liverpool City Council as well as investigating a range of public and private funding solutions.

Chief Financial and Commercial Officer Alexander Ryazantsev announced that the club ran a rigorous selection process with a number of financial institutions and has been working closely with MUFG [Mitsubishi UFJ Financial Group] and JP Morgan throughout the last 12 month – they are assisting the club to identify, structure and ultimately raise ‘senior debt’ so that the club can secure the best possible funding solution for the new stadium.

Financing will only be completed once the club has planning permission and appoints a contractor.

Professor Barrett-Baxendale told attending shareholders: “Last year I shared with you our club’s long-term vision to establish Everton as an elite club, challenging at the very top of domestic and European competitions.

“I was unambiguous that this meant winning domestic titles and trophies, competing regularly in the Champions League and doing all of this in a new world-class and world-renowned football stadium.

“This ambition has not changed. This ambition will not change. This is the purpose that drives the efforts of everyone at our club. We knew it would be extremely challenging and that it would not happen overnight – that it is a longer-term journey and commitment.

“It is important to re-emphasise that the club is going through one of the most significant periods of transition and investment in its history and we understood that there would naturally be short-term setbacks in this process.

“No club has gone through such a significant change without them.

“However what is important is our response to setbacks and our continued commitment and focus to deliver against our long-term plan.”