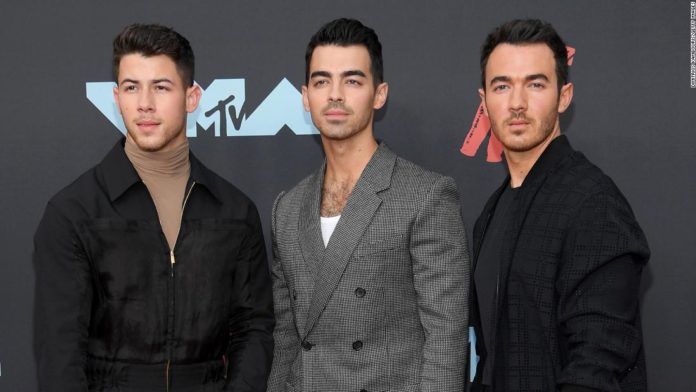 The singers took to Instagram to recreate an iconic scene from “Keeping Up with the Kardashians,” in which Kim Kardashian West and Khloe Kardashian get in a physical fight. Kim ends it by hitting her sister with a designer bag and yelling, “don’t be f—ing rude! I swear to God, don’t be f—ing rude!”
In their re-enactment, Joe plays Kim, and Nick plays Khloe, dubbing the real Kardashian voices over the video.
“Don’t be f—ing rude!” Joe lipsyncs. Nick mimics, “Are you kidding me?”
Kevin makes an appearance at the end, walking by the camera with a beer.
Kim herself commented on the video, writing, “OMGGGGGGGG” underneath the video.
“Hahaha nailed it!!!!!!!” Khloe added.
The Jonas Brothers also announced a new single dropping Friday, titled “What A Man Gotta Do.”