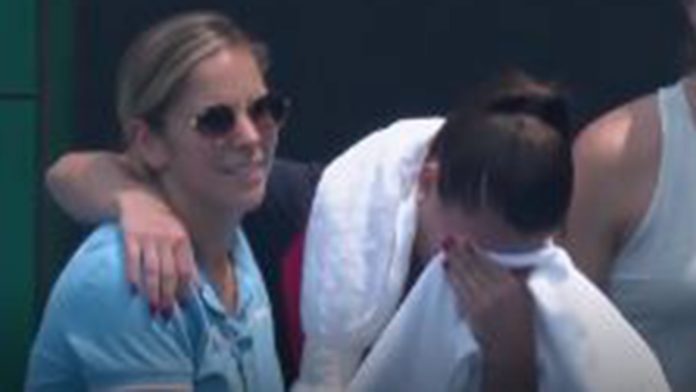 The start of qualifying was delayed for the second day in a row as smoke haze continued to cause problems at the Australian Open in Melbourne on Wednesday.

After heavy criticism of organisers for completing the schedule on Tuesday despite air quality readings showing as hazardous, Wednesday’s opening matches were moved back from the original start time of 10am.

The air quality was not as bad as on Tuesday but it was still rated as unhealthy, with visibility severely reduced and a smell of smoke in the air.

Smoke haze caused by bush fires led the organisers to temporarily suspend practice sessions for the tournament on Tuesday, with Dalila Jakupovic forced to retire from her match following a coughing fit.

The Slovenian was helped off the court in Melbourne after collapsing during her match with Switzerland’s Stefanie Voegel with the score at 6-4 5-6.

Jakupovic said it was “not fair” officials asked players to take the court in those conditions.

She said: “I was really scared that I would collapse. I don’t have asthma and never had breathing problems. I actually like heat. The physio came again and I thought it would be better. But the points were a bit longer and I just couldn’t breathe anymore and I just fell on the floor.

“It’s not healthy for us. I was surprised, I thought we would not be playing today but we don’t have much choice.”