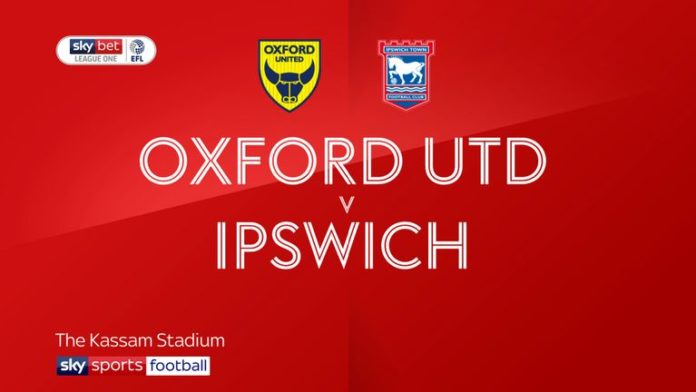 Ipswich missed the chance to move into the Sky Bet League One automatic promotion places after drawing 0-0 in a rain-affected game at fellow high-fliers Oxford.

Dreadful conditions saw referee Tom Nield halt the match midway through the opening half after the surface water stopped the ball from rolling freely.

It appeared the game was in real danger of being abandoned, but after an 18-minute delay play eventually got back under way, with Paul Lambert’s visitors on top.

Ipswich thought they should have been awarded a penalty just before the interval when James Norwood went down under a challenge from John Mousinho, but their appeals were waved away by the officials.

Oxford were better after the break – helped with the wind at their back – and Tariqe Fosu fired into the side netting.

They went even closer 14 minutes from time when Josh Ruffels tried his luck from distance, but a well-struck 25-yard effort was saved at full stretch by Ipswich goalkeeper Will Norris as neither side could snatch a late winner.