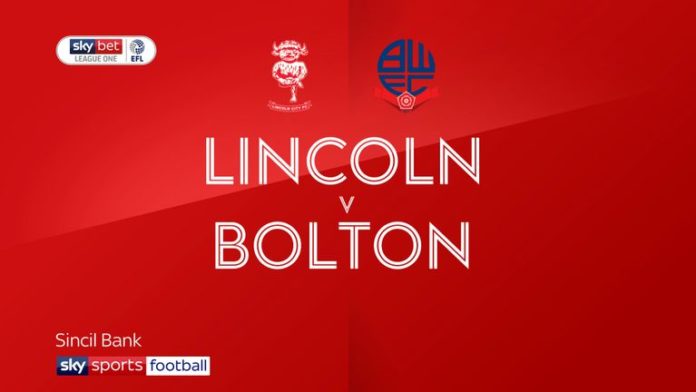 An unfortunate own goal from Remi Matthews finally made the game safe for the hosts in the 85th minute before substitute John Akinde added a late brace.

Wanderers remained 17 points adrift of safety in League One after a third straight defeat.

Harry Anderson had headed the Imps in front in the seventh minute with the only goal of a first half which the Imps controlled.

Having created little in the first period, Bolton levelled within 90 seconds of the restart when Ronan Darcy lashed home a superb effort from the edge of the box.

Tyler Walker restored the Imps’ lead with a glorious finish from the edge of the box after 61 minutes, but the game remained in the balance until the close stages.

But Joe Morrell burst into the box and shot beyond Matthews and when the ball was hacked off the line by Aristote Nsiala it hit his keeper and bounced into the net.

Akinde then produced a cracking finish for the fourth just a minute later and then struck again in the 90th minute when he headed home a cross from fellow substitute Aaron Lewis.