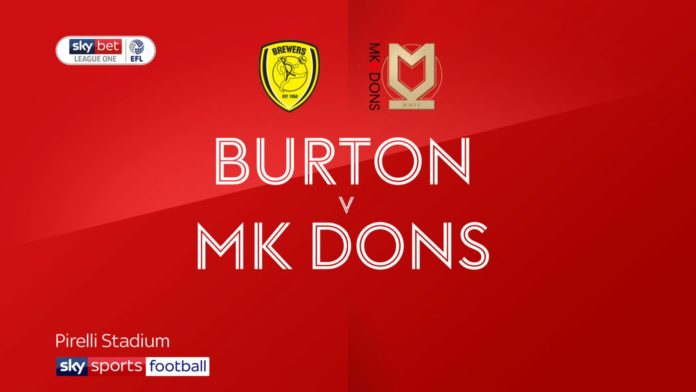 Nigel Clough’s side climbed into the Sky Bet League One play-offs after securing their fourth home league win in a row at the Pirelli Stadium.

Burton started brightly with Boyce testing Dons goalkeeper Lee Nicholls with a firm drive from the edge of the box before he opened the scoring after 20 minutes.

Conor McGrandles was close to an equaliser six minutes later with a curling free-kick against the crossbar and Callum Brittain nipped beyond a couple of challenges inside the box to narrowly miss the target.

O’Hara made a smart reaction save to deny Carlton Morris 10 minutes after the restart as the Dons continued to push for the leveller but, despite dominating large spells of the second half, they could find no way past Burton’s stubborn rearguard.