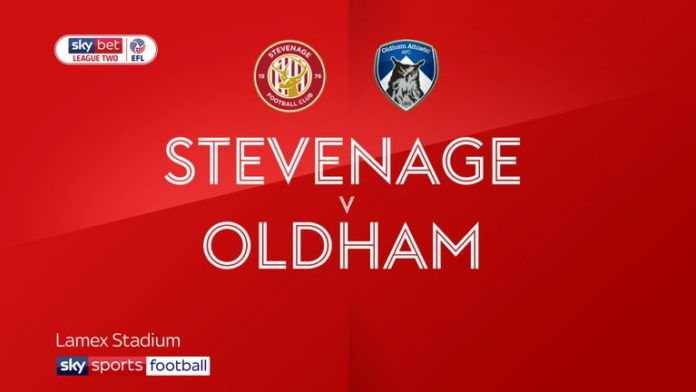 Stevenage’s winless run in League Two stretched to 11 games but they at least managed a 0-0 draw as Oldham’s Desire Segbe Azankpo had two goals disallowed.

The visitors thought they had scored in the 35th minute when Azankpo headed the ball into the back of the net but it was ruled offside.

After the break Stevenage had plenty of opportunity as Joe Leesley’s shot was palmed away by Oldham substitute goalkeeper Zeus De La Paz.

Minutes later Luther James-Wildin struck sweetly from 40 yards only for the shot to go just wide of the post.

There was another blow for Oldham when they had a second Azankpo goal ruled out for offside in the second half and later on the forward was denied by Stevenage goalkeeper Paul Farman when his shot struck him on the chest.

Stevenage continued to press in the closing stages and had several chances, with Charlie Lakin’s effort clawed away by De La Paz while Kurtis Guthrie hit the bar and Charlie Carter’s headed flick was cleared off the line by Zak Mills.