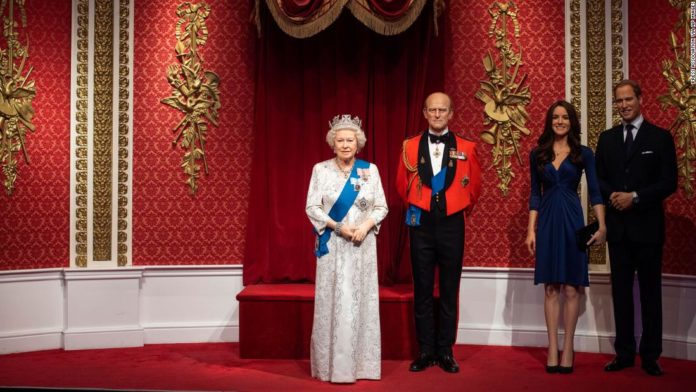 London’s Madame Tussauds museum has announced that it has removed the waxworks of the Duke and Duchess of Sussex from its Royal Family set.

The decision follows Meghan and Harry’s Tuesday shock announcement that they are taking a step back as senior members of the Royal family, and seeking financial independence.

“Alongside the rest of the world we are reacting to the surprising news that the Duke and Duchess of Sussex will be stepping back as senior Royals,” Steve Davies, General Manager at Madame Tussauds London, said in a statement.

Wax figures of Harry and Meghan were unveiled at Madame Tussauds in central London on May 9, 2018. Credit: DANIEL LEAL-OLIVAS/AFP/Getty Images

“From today, Meghan and Harry’s figures will no longer appear in our Royal Family set. As two of our most popular and well-loved figures they will of course remain an important feature at Madame Tussauds London as we watch to see what the next chapter holds for the them,” Davies said.

The works previously stood alongside The Queen, Prince Philip, the Prince of Wales, the Duchess of Cornwall and the Duke and Duchess of Cambridge. Madame Tussauds said they will be separated from the family to mirror their “progressive new role within the Royal institution.”

The statues at New York’s Tussauds location will follow a similar fate. “To reflect the announcement we will be moving the popular figures to another area in the attraction upon their return to Madame Tussauds New York. We look forward to spending more time with the couple in North America and we will continue to watch to see what the next chapter holds for them,” Brittany Williams, spokesperson from Madame Tussauds New York, said in a statement.

Meghan’s waxwork was revealed last year at both London and New York’s Tussauds locations to coincide with the Royal wedding. Each statue costs roughly £150,000 ($195,000) to make.

This Season’s Most Exciting Clothes Speak Softly but Make a Big...