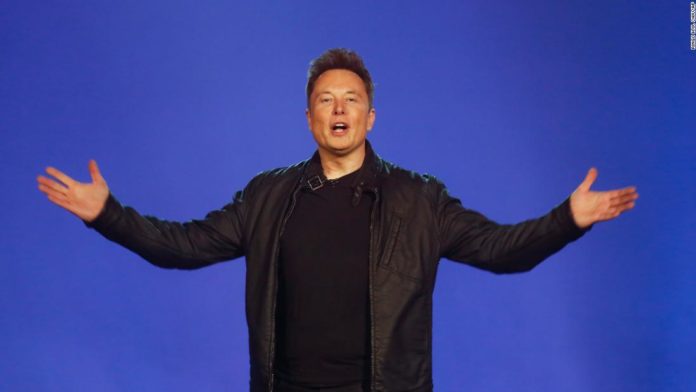 In 2018, Tesla shareholders approved a pay package for Musk that pays him only in company stock options, and only if the company hits aggressive growth targets, both for its operations and for its total market value. It could eventually make him the richest man in the world..
So far, it hasn’t given him a single share of the stock. But the recent run-up in Tesla (TSLA) stock — up nearly 30% so far this year as it has tripled in value since early June — means he’s getting close to the first of 12 big paydays he could eventually receive.
That would come in the form of options to purchase 1.7 million shares of the stock at a reduced price. The net value of those options — the difference between the share price and the exercise price –– would be more than $350 million for just this block of options.
The company already hit the sales and earnings target it needs for this first payday. Now it just needs an average market value of $100 billion over the course of six months, including during its most recent 30-day period.
Tesla has yet to reach that mark, although it’s already worth more than much larger rivals General Motors (GM) and Ford (F) combined. And it could very well reach that six-month average above $100 billion in the first half of this year.
The stock crossed the $500 mark for the first time in the company’s history Monday, and the market valuation reached $95 billion at the close of Monday;s trading. More gains are expected as several analysts have already raised their price targets for the stock this week.
Musk already owns 34 million shares of Tesla and another 4.5 million options that he could exercise today if he chose to do so. That gives him control of about 22% of the company.
Under his current compensation package, he could get options to purchase another 20.3 million shares, including this first block of 1.7 million options.
To get the full amount of options, Tesla would have to reach sales of $175 billion, and an operating profit of $14 billion. Both of those measures would be above what GM earned in 2018.
It would also need a market value of $650 billion — slightly above where Facebook (FB) shares stand today.
Tesla did not have a comment on Musk approaching his first distribution from the current compensation package. But the Tesla board defended the package when it was first unveiled in 2018 as a good move for both the company and shareholders, as well as Musk.
“We believe Tesla has a unique opportunity to continue delivering stockholder value,” said the board’s statement at that time. “Our aspirations may appear ambitious to some, and impossible to others, and that is by design. We like setting challenging, hard-to-achieve goals for ourselves, and then focusing our efforts to make them happen. This is why we based this new award on stretch goals and why we gave Elon the ability to share in the upside in a way that is commensurate with the difficulty of achieving them.”
Shareholders approved the package with 73% of the shares voting in favor.
Musk has done pretty well hitting past growth targets under previous compensation packages. Tesla achieved 90% of the goals laid out in his 2012 package, which resulted in him receiving the 4.5 million options he currently holds. He also might still be eligible for the final 527,000 options allowed under that package if Tesla achieves a final profit target before August of 2022.