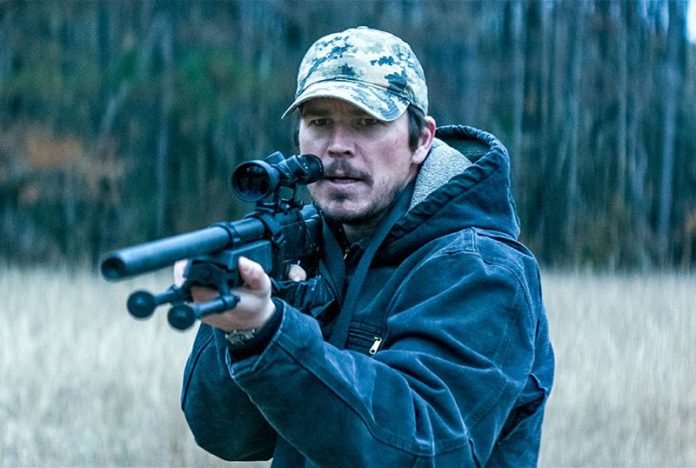 Following his leading role on the acclaimed Showtime horror drama Penny Dreadful, Josh Hartnett has been making a slow-but-steady return to the film world and ComingSoon.net got the chance to catch up with the 41-year-old actor to discuss his next project, the crime thriller Inherit the Viper, which is in limited theaters and on VOD now!

For siblings Kip (Hartnett) and Josie (Margarita Levieva, The Blacklist), dealing drugs isn’t just their family business—it’s their only means of survival. When a deal goes fatally wrong, Kip decides he wants out. But Kip’s attempt to escape his family’s legacy ignites a powder keg of violence and betrayal, imperiling Kip, Josie and their younger brother Boots (Owen Teague, It: Chapter Two), in this searing crime-thriller that builds to a shattering conclusion.

The film is written by Andrew Crabtree and directed by Anthony Jerjen in his directorial debut and features a cast that also includes Once Upon a Time in Hollywood‘s Bruce Dern, The Walking Dead‘s Chandler Riggs, The Following‘s Valorie Curry and Ray Donovan‘s Dash Mihok.

Hartnett, who nabbed a string of main roles in big-name projects including 1998’s The Faculty, 2001’s Pearl Harbor and Black Hawk Down before going on to star in the fan favorites Sin City, 30 Days of Night and Lucky Number Slevin, found himself drawn to the film for its script, which explores everything from family to the opioid epidemic in the United States. While the latter may seem a jumping off point for becoming a politics-driven film, the star found that Jerjen’s desire not to explore this one of his biggest draws to the project.

“The script drew me to it, and it’s right in line with the type of film I like to make, where it’s a challenge to make it, but when it works well, it says something that not a lot of other films can say,” Hartnett said. “When I read the script, I immediately was drawn in to the human tragedy of it, but I immediately started to think of things on a political level. When I met Anthony, who’s Swiss, he very clearly told me he didn’t want to make a political movie. He wanted to make a movie about this tragic situation in this family and the devastation that occurs in the community because of this drug, but not necessarily hit people over the head with the message. He felt uniquely placed to do that because he’s coming from Europe, looking at this issue as an American issue, not a right or left issue, not to do with what you think about Medicare and so on. What I appreciated about his approach and why I think this film really works is that all of that stuff is in the background or on the periphery of this story, but the story itself is a thriller and it’s a human drama about a family who are coming to terms with who they are, and in a very negative sense. I’m just kind of amazed that they were able to pull it all off given the small budget that we had and the small amount of time that we had to make it. In the end, when I saw the edit a couple of months ago, I was just amazed at the clarity of vision and the amount of silence and space and breath that Anthony brought to the film. And it just felt haunting and I’m proud to be a part of it.” 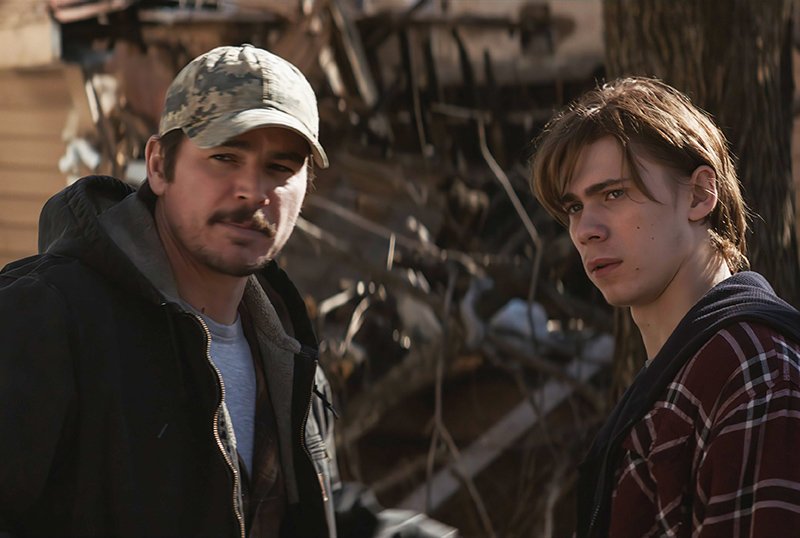 Hartnett’s character Kip is not only the acting head of his family but is also a war vet who finds himself trying to find his place in the world as he and his wife are expecting a new child and he finds he may not be ready to continue his dangerous lifestyle, with the actor appreciating the family drama in the film.

“There is addiction within the family, there is obviously addiction outside of the family and then there is Kip dealing with his PTSD and a young man trying to figure out who he is in this world,” Hartnett said. “All of these things are happening simultaneously with the plot moving forward and I really appreciate that they were able to move the plot forward while also illuminating these other stories along the way. I think it was deftly handled and a remake job done by Anthony and Benito and the rest of the guys on the production side.”

While the smaller budget created a necessity for an expedited shooting schedule, Hartnett found one of the most challenging aspects of the project included the “emotional clarity” that the story’s subject matter required and how he had to find a way to be “present both because of the subject matter and the time that it took.”

“There were no second takes a lot of the time that we were filming, we had the one take to shoot what we need to shoot and then we had to move on,” he said. “We had to remain in it and try to continue to understand it more deeply as the filming went on and luckily I think all of the actors were totally committed. I know for a fact all the actors were there because of their commitment to the story and to Anthony, nobody was there to make money or anything, it was purely because we believed in the project. When you get a lot of committed people putting in a lot of time and working their asses off to make something, every once in a while it works out like this.”

With all of the dedicated people, as he described them, on set, he found it hard to pinpoint any one person as being fascinating to perform alongside, although he did also find himself becoming closer to his familial co-stars as shooting went on. 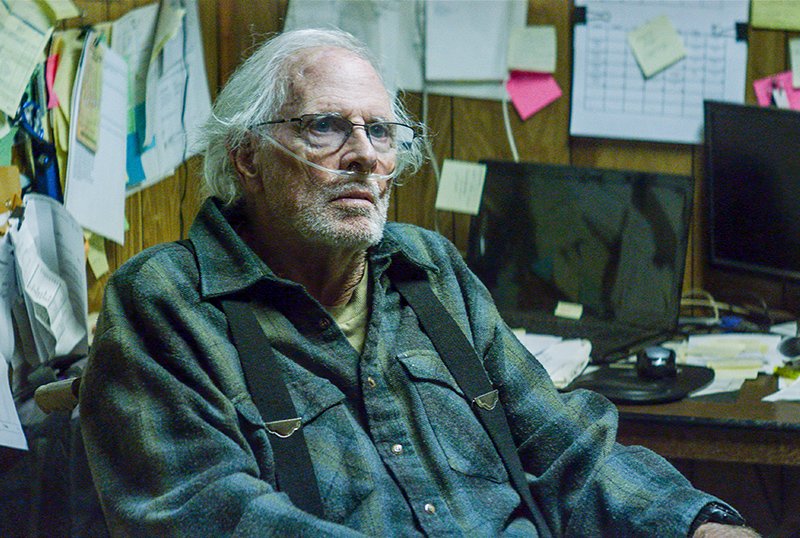 “I mean, Bruce Dern is always going to be fascinating, he brings a lot of himself to set,” Hartnett said. “Bruce never lets a movie set get in the way of a good story, so he’s fun to have around and he told some pretty amazing stories. I’ve worked with a few actors of his generation, I just finished a show with Nick Nolte and had a similar sort of feel. I think they just enjoy the fact that they’re able to be on set and create these characters and bring the gravity that they can bring. I think they appreciate the camaraderie on set a lot, so that was fun. Margarita, Owen and I became close while we were filming, we spent some nights at the house that we were supposed to have grown up in and got to know each other pretty well and traded stories about people that we know that have gone through addiction and things like that.”

After seeing a strong film career in the early to mid aughts, Hartnett’s film work began taking a more restrained approach and eventually landing in one of the lead roles in Showtime’s Penny Dreadful. Hartnett attributes this to both his work on the series as well as wanting to spend more time with his family.

“I just started doing other things, writing films, directing shorts and music videos and producing other films,” he said. “I just sort of started acting more in earnest after Penny Dreadful, because I found myself on that show wishing I could be out there doing more films because we were working on the show for three years, I didn’t have the time during the summer to really work on as many films as I would like to. Since it’s finished, I’ve had children and I’ve wanted to be home with my kids as much as possible, so I’ve only been going away to do films for a short period of time here and there. I know this sounds odd because most people chase, chase, chase the movie career, but just by default of personality, I’ve just been more committed to my family. But I am doing more films now and look forward to the few that I’m going to do next and hopefully there’ll be a few that come out that will be interesting to you and the public at large.”

Inherit the Viper is currently in select theaters and is available on digital and VOD now!