Home World This Is Us Season 4 Episode 10 Recap 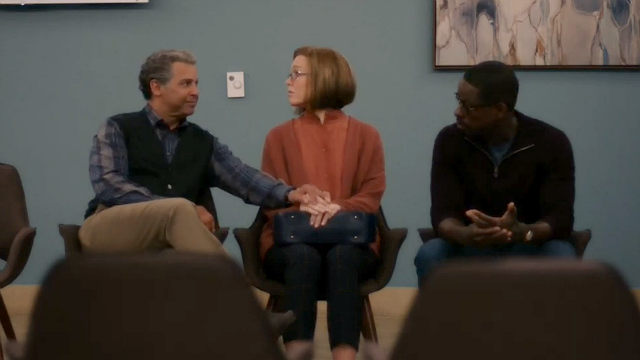 This Is Us Season 4 Episode 10 Recap

In the previous episode of NBC’s This Is Us, Rebecca agreed to see a doctor, and Kate saw negative texts about her in a conversation with Toby’s crossfit friends. In This Is Us Season 4 Episode 10, some time passed, and Randall got Rebecca an appointment with a neurologist.

Randall flew out to Los Angeles to go with Rebecca and Miguel to the neurologist appointment he booked for her. Dr. Whitaker would administer a memory test, and Randall convinced her to go over the results that afternoon. While Rebecca was in with the doctor, Miguel confronted Randall about his involvement. He believed Rebecca’s forgetfulness was a sign of getting older.

Rebecca returned, and while in the cafeteria waiting for the results, she told Randall about their time together watching the sun rise through the curtains when he was a baby. She believed she had done well with the memory test. However, when Dr. Whitaker went over the results, she explained that her answers showed signs of mild memory loss. They needed to wait before a diagnosis, but the family should watch out for if it worsened. Later, Miguel admitted to Randall that he had noticed some signs.

When Randall returned to Philadelphia, Beth and the girls were asleep. He went downstairs for water and came across an intruder.

In the past, Rebecca drove Jack to his apartment after his afternoon with her father. Outside, his landlord asked him for the rent. At dinner with Rebecca, Jack broke up with her. He could barely afford the meal. Rebecca went to her parents’ party, and Janet noticed her sad mood. She told Rebecca that her father told Jack he wasn’t good enough for her. Rebecca went to see Jack while he was working at the garage. She told him that she loved him and that she didn’t care about what he could and couldn’t give her. Jack told her he loved her. 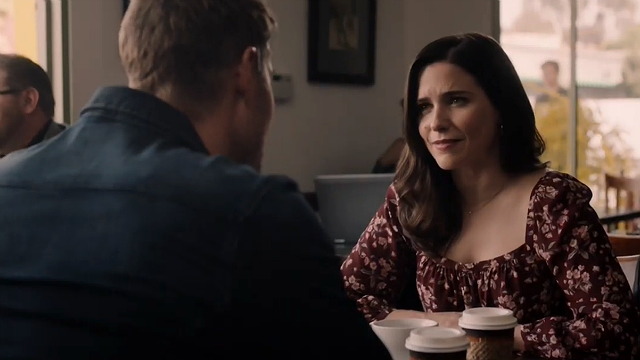 Kevin hired a matchmaker with disappointing results. At a coffee shop, he introduced himself to Lizzie. She knew who he was, and over coffee, she told him that her favorite musical artist was John Legend. She was only in town for the day for a conference.

In a grand romantic gesture, he surprised with a private concert at the Hollywood Bowl with John Legend performing. During his break, Kevin kissed her, but Lizzie fessed up. She was married, and Kevin was her “hall pass”. Her husband had been the one texting her, as he had encouraged her to go for it. That night, Kevin had reshoots to do for a movie. He gave his phone to a P.A., and Sophie called. 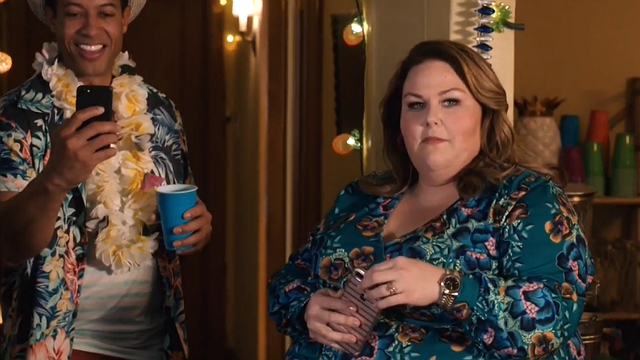 After Thanksgiving, Kate confronted Toby about the texts. Toby told her that he was just venting, and Cara, the woman who was texting, was just a CrossFit friend, one of eight or so. A month later, Kate threw Toby a Maragaritaville-themed birthday party and invited his crossfit friends. One of them explained that Toby had switched gyms. After the party, she confronted Toby. He admitted that Cara had tried to kiss him. They discussed why he was pulling away. Jack’s blindness made Toby sad. Later, Kate noticed that Jack reached for the lights she hung for the party. He wasn’t totally blind.

What did you think of this episode of This Is Us? Let us know in the comment section below!