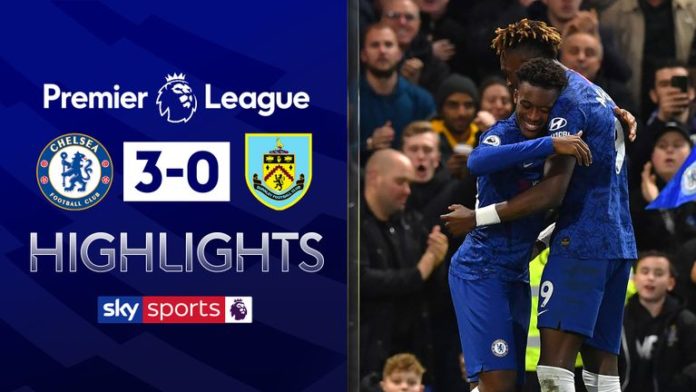 Paul Hughes scored on his Chelsea debut and is now maintaining the club’s traditions while winning promotions as a manager in non-League. Adam Bate caught up with the Hayes and Yeading manger to find out more about the impact of those days under Glenn Hoddle and Ruud Gullit…

When Mason Mount scored on his home debut for Chelsea against Leicester in August, the midfielder became the first Englishman to find the net in his first game for the club at Stamford Bridge since Paul Hughes some 22 years earlier. Mount will hope it is the first of many but for Hughes memories of that Chelsea goal remain vivid all these years on.

“I didn’t know the stat about Mason until someone tweeted it out but I remember the goal against Derby very clearly,” Hayes and Yeading manager Hughes tells Sky Sports. “It was probably the best goal I scored. Mason is a far better player than I ever was but it is still nice to have achieved something like that because it is easy to forget how difficult it is to get those young players through.”

Indeed, it is only now, a generation on from Hughes’ time at Chelsea, that the club is providing meaningful minutes to young players again. The man who featured in their 1997 FA Cup-winning campaign and the run to glory in the 1998 European Cup Winners’ Cup believes that these opportunities for youth-team graduates are long overdue.

“That was 1997. This is 22 years later. That’s a long time. Obviously, the club has moved on hugely in those two decades. They have money and they can bring in the best of the best. Whether that has led to them overlooking the local talent, I don’t know. Maybe the local talent just has not been good enough. Mason is exceptional so he has earned the right.”

Mount finds himself in a team that includes Premier League title winners such as Cesar Azpilicueta, N’Golo Kante and Willian but the dressing room that Hughes had to walk into was even more intimidating. His first three managers were all player-managers and all legendary figures in the game too – Glenn Hoddle, Ruud Gullit and Gianluca Vialli.

But that was just the start of it.

“Seeing those superstars walking through the door was very motivating for a young player,” says Hughes, now 43. “You do start wondering whether you belong there. It was eye-opening. They were such good players but what I remember most is that they were good people too. The foreign players at that time were very professional in their approach.

“At first, there is no doubt it was difficult. But when you are training with these players day in and day out, the gap isn’t so wide is it? When you are watching Lazio or AC Milan on television, the gap feels huge. But when you train with them they are just normal guys. Exceptional players but normal guys. It narrows the gap and it makes you a better player.”

Hoddle was a particularly important figure in Hughes’ career.

“He was a great manager and a great player. He had a big influence on me early on. When I was floundering at Chelsea and couldn’t get in the squad and needed to move on, he was the one person who had faith in me. He was very helpful and he believed in me.

“He took me to another Premier League club in Southampton. It would have been very easy to drop down the leagues but I was lucky to get another chance with him. I wasn’t so lucky with the injury I picked up but that’s another story.”

Hughes had to forge a new career for himself and now enjoys success freelancing as a corporate coach but he is still involved in the game. In fact, he went on to guide Kings Langley to a trio of promotions before adding a fourth with current club Hayes and Yeading.

They even scored more than 100 league goals in consecutive seasons under Hughes and followed that up by reaching the first round proper of the FA Cup this season before bowing out with a 2-0 defeat to League One side Oxford United in November.

Hughes works alongside another former Chelsea youth-team player in Ritchie Hanlon – they are the non-League equivalent of Frank Lampard and Jody Morris, and they are flourishing.

“Ritchie was a bit younger than me at Chelsea. He doesn’t look it but he was. He is a good guy and we get on well. He is a hard-working guy but he is a good laugh too. By chance, we moved to the same area and saw each other around. We obviously had a similar upbringing in the game so we had similar ideas about how the game should be played.”

Hughes also recalls bumping into Morris in a London pub not too long ago and being quizzed over the challenges of dealing with a non-League budget.

Needless to say, it is a different world.

He adds: “Communication is always important but the key factor is talent identification, finding where to get the players from. At our level, it is all regionalised. At Chelsea, it’s global. You are going to travel anywhere for £300,000 a week aren’t you? You are not going to travel for £150 a week at our level so your choice becomes really regionalised.

“You are relying on the local talent because people are not going to travel more than an hour to come to training here. You don’t have relocation fees. We can’t house them.”

The finances create a coaching challenge for Hughes and Hanlon.

“But at the same time you want them to take care of themselves, be on time and train as you play because that intensity is important for development. And if players are developing then they are enjoying it more and being a bit more responsible for the talent they’ve got.

“Making them aware of their talent is key at this level to give them that motivation to train how they should be training.”

The way that they should be training, as you might expect, is the Chelsea way – a style of football that has been directly influenced by Hughes and Hanlon’s experiences during those formative years at Stamford Bridge. Hoddle and Gullit’s stamp is on Hayes and Yeading.

The team still plays the 3-5-2 formation that was used at Chelsea.

“We feel it works,” explains Hughes. “That’s the system we learned in the youth team at Chelsea. It was drummed into us for years there. It allows us to keep the ball and play football the way that we want to play it, which is on the floor. It gives players lots of options on the ball and that all comes from Glenn and Ruud.

“It is sort of back in fashion. All these formations are a variant of each other because the game is constantly in flux and the formation shifts when in and out of possession. But if you have a solid shape and you coach it then you can be hard to beat. If you can switch to an expansive shape in possession then you are always going to cause teams problems.

“That’s the advantage of the sessions that we had when we were younger. We know what worked. It was our job. It wasn’t something we did once or twice on an evening. It was every day. It paid the mortgage. When it’s your job it adds a certain level of intensity, a willingness to learn and an appetite to get better at it. That put us in good stead.”

Hughes and Hanlon’s Chelsea past has clearly left its mark but does it ever come up with the Hayes and Yeading players that they now coach? Perhaps a gentle reminder to the team’s sweeper that he is not interpreting the role quite how Hoddle or Gullit once did?

“Funnily enough, we very rarely mention our careers because it was a long time ago,” laughs Hughes. “They’d probably wonder who Ruud was. Actually, maybe they wouldn’t think that with Ruud. But I don’t think it’s ever needed. If it were needed then we would.

“Sometimes you get players lower down who seem to think they are the best players in the world and you do think, hold on, how come you are playing at this level then? If there is ever a bit of disrespect in the dressing room and we feel they aren’t listening they may need a reminder that we are giving them the right information. But it doesn’t happen often.”

Hughes is happy where he is and enjoys his freelance work so much that, despite all the promotions, he would have to think twice before accepting just any move up the pyramid.

But ambitions remain and when Mount scored that goal against Leicester, Hughes was thankful that it shone the smallest of lights on the manager of a team in the seventh tier of English football. He doesn’t get reminded of his Premier League past too often and he’s not one to mention it himself unless pressed, but the pride is still there.

“The Chelsea fans would be doing well to remember me, especially as I have no hair now,” he says. “Twenty-two games is a bit different to 322 games for the club but I am still proud of breaking into that team and being in a dressing room with those players.

“It was an era when Chelsea were changing. Really good memories. The fortunate thing is to have been able to have pick the brains of the best players in Europe at a young age. That’s something that not many players of any age have done. I am always grateful for that.”

Thomas edges ahead in California

Hussain: Archer bowling better than ever

Thomas edges ahead in California

‘I don’t even know if I can act anymore’: Backstage With…...