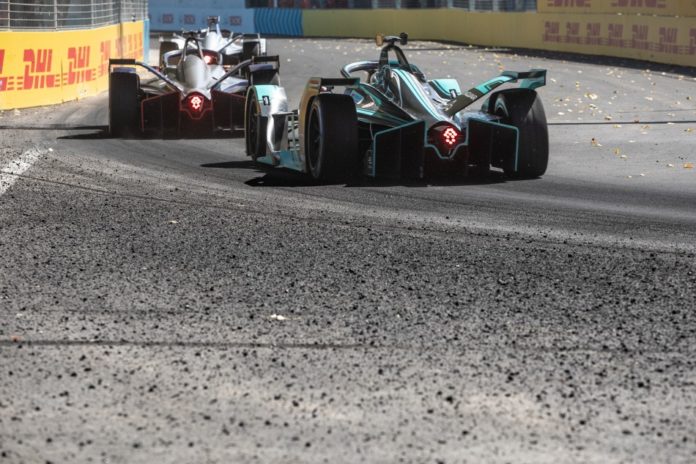 Chilean capital to host round three of season six

The third round of the 2019/20 ABB FIA Formula E Championship brings the teams and drivers of the fully-electric series to Santiago de Chile for a showdown in the South American summer sun. The championship made its Chilean debut in 2018 and this weekend will mark its third visit to the historic city located near the foothills of the Andes.

The streets of Parque O’Higgins are once again transformed into the arena for the Formula E stars. For 45 minutes plus one lap, the 24 drivers fighting for the victory this Saturday will tackle the 11 turns of 2.3 km circuit located in the public park of the Chilean capital.

Last year, Sam Bird withstood pressure from Pascal Wehrlein to win his first race of the season in the sweltering Santiago sunshine.

With Wehrlein hot on his heels during the closing stages of the warmest Formula E race on record, Bird held his nerve with a peerless performance around the perimeter roads of Parque O’Higgins.

Bird had to keep a close eye on his mirrors with both drivers on alternative Attack Mode strategies. Without any activations left, Bird found himself vulnerable from behind – as Wehrlein saved his final burst of energy in a bid to vault ahead with only minutes to spare.

Despite his best efforts, Wehrlein couldn’t find his way around Bird and had to settle for second, with his hopes of victory fading as the temperatures rose. Fellow countryman Daniel Abt rounded out the podium, inheriting a position from Alexander Sims after the BMW i Andretti Motorsport driver incurred a penalty for causing a collision.

After only two rounds of the 2019/20 season, it is already obvious that the ABB FIA Formula E Championship remains as fiercely contested as in previous seasons. Sims currently claims the top spot of the driver standings. Taking pole position in both races in Saudi Arabia and winning the second round of the championship means he has gained enough points to lead the standings. The BMW driver is closely followed by Stoffel Vandoorne (Mercedes-Benz EQ Formula E Team) and Bird of Envision Virgin Racing, with the Brit winning the first race of the season but retiring from the second round.

Reigning driver champion Jean-Eric Vergne had a difficult start to the season and is currently classified twelfth. He will have his eyes set on points and the podium in Chile.

The good results of Sims and Bird mean that their respective teams are among the top three of the standings, with the top spot currently occupied by Mercedes. The German manufacturer, despite not having a race winner in its ranks so far, has managed to accumulate the highest number of points.

Following the successful Girls On Track – Dare To Be Different campaign at the Diriyah E-Prix, FIA Girls On Track heads to Chile for the next event on its calendar on 17 January. The campaign offers a unique opportunity to inspire and encourage girls between the ages of eight and 18, as well as to raise awareness on gender equality in motor sport.

The event will see girls participate in a number of innovative activities that include simulator sessions, a karting slalom course a new flag (marshal) workshop.