Home Culture Can This Notorious Troll Turn People Away From Extremism? 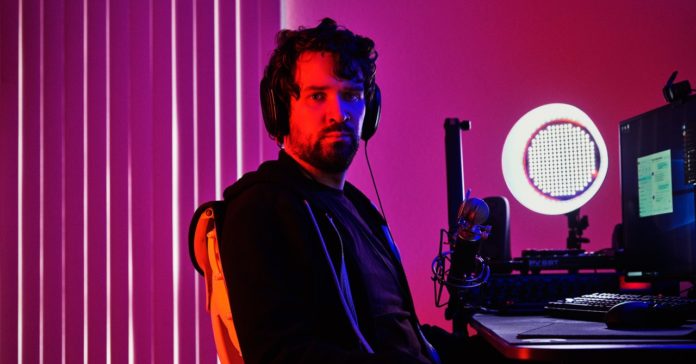 Bonnell’s fans have confronted him with similar criticisms, which he regards as a manifestation of the same naivete that allowed so many to be shocked by the election of Donald Trump. The strategy of ignoring those who hold detestable views and ideas, Bonnell believes, is simply counterproductive. Besides, he agrees that there is no convincing his interlocutors. That’s not his goal. The audience—a small section of the audience—is his ultimate target. He abides by what he calls the 40-40-20 rule, which holds that, in any debate, 40 percent of the audience holds an implacable allegiance to one side, another 40 percent is equally committed to the other side, and an ambivalent 20 percent in the middle is movable.

Bonnell says he is reluctant to abandon his strategy, because, for one thing, it feeds his narcissism. It also earns him a lot of money. More than that, though, Bonnell feels, not without reason, that he is uniquely equipped to handle the emotional toll of confronting some of the worst people on the internet. The threats are constant. Threats against his life, threats to rape his son, threats against the mother of his son—these come with regularity through every channel imaginable. Once, he made the mistake of publicly discussing the death of a close friend who committed suicide 10 years ago. Later, an opponent erupted in baby talk: “My friend killed himself, guys! My friend killed himself, so you guys should feel bad for me!”

People falsely report him to the authorities for making bomb threats, harboring child pornography, and threatening to kill conservatives. “I just had my third FBI visit,” Bonnell says. He’s on a first-name basis with one local agent. “Usually Chris calls me and says, ‘Hey, we need you to come in and chat,’ ” Bonnell explains, smiling darkly.

It’s a warm August afternoon in Los Angeles and Bonnell is debating the merits of capitalism with Emerican “EJ” Johnson, a self-described anarcho-communist who hosts a YouTube channel and Twitch stream called Non-Compete. Bonnell’s larger project has recently taken an unexpected detour into the left-wing discourse of the internet. He sees partisans like Johnson as strikingly similar to their right-wing nemeses, particularly in the ways they argue (evasively, he says) and invoke history (misleadingly, he says).

This particular contest pits the idealism and punishingly theoretical vernacular of leftism—Johnson introduces his partner, Luna, who is Vietnamese, as a “Marxist-­Leninist of the Ho Chi Minh school”—against the prosaic reformism of liberal capitalism. Caleb Cain, who recently launched his own deradicalization project, modeled after Bonnell’s debates, moderates.

Johnson’s main contention is that capitalism is a system of unjustifiable hierarchies that restrains humanity’s potential. Its central socioeconomic promise—that you can grasp some control of your fate through work—is a lie. And when capitalism inevitably fails the majority of the population, Johnson says, the wrong people, be they Mexican or black or Jewish, are blamed for society’s dysfunction and decadence.

Bonnell admits all of this but sees no reason to abandon a system that has demonstrated its potential for improvement. The experience of black Americans, he argues, has gotten marginally but measurably better in the United States over the centuries since its founding. Bonnell is also deeply skeptical of the nebulous systems of thought that constitute contemporary socialism. He presents Johnson with a scenario in which a fully democratic factory (the favored socialist synecdoche) happens to be composed of a majority of racist white workers, who vow to never elect a black manager. His question is, How can the black workers rectify this injustice? Johnson answers with anemic hypotheticals, such as the black workers forming a political coalition to concentrate their power.

When Bonnell is at his best, he is able to make a superior version of his opponent’s case; this is both his most impressive and, for his adversaries, his most humiliating ability. But during the debate with Johnson, his thinking becomes uncharacteristically lazy. At the contest’s highest point of tension, Bonnell claims, hyperbolically, that if Vietnam had not been a communist country in the ’60s and ’70s, it could have better withstood being manipulated and carpet-­bombed by a capitalist superpower. “If your countries roll over because they can’t defend themselves, that sounds like a good argument for my system,” he says, laughing at Luna’s dismay. A more cognizant Bonnell might have noted that the US’ imperial dominance after World War II cannot be attributed solely to capitalism.