Home Culture Presidential Candidates on the Disunited State of America 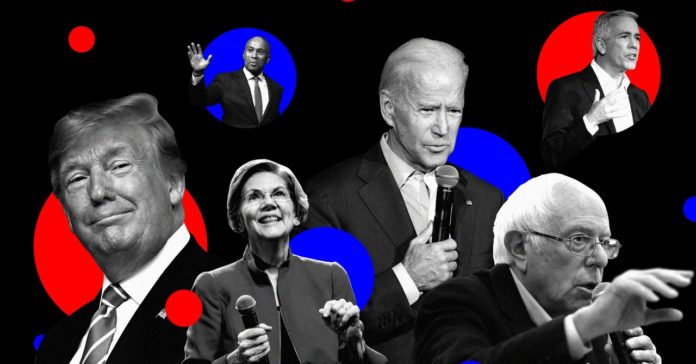 I’m more optimistic about America’s future today than I was when I got elected to the Senate as a 29-year old. We can make progress and restore the soul of this nation.

We are almost 330 million Americans who must do what our president will not: treat everyone with dignity and respect. Give hate no safe harbor. Choose unity over division. There’s not a single thing we can’t do if we stand together. —Response to WIRED

“Healthy democracy is about living with disagreement, not eliminating it … An approach that demands silence on contested issues, or that extends bitter political division into commerce and every other sphere of life, will succeed only in fracturing the country even more deeply. Demagogues of the left or right will certainly prosper in such an environment. Liberal democracy will not. Enough with ‘speech is violence.’ Restoring the ability to disagree without becoming mortal enemies is a new and urgent civic imperative.” —September 15, 2019, “Democracy Requires Discomfort,” Bloomberg Opinion

“The longer we continue to allow ourselves to be divided like this, for people to further their own political interests, the weaker we are as a people and as a country. There is so much that unites us. This is what I find inspiring as we go and meet with different people all across the country—the diversity that we have in this country and how beautiful it is that we can come together around these uniting principles.” —September 28, 2019, interview, The Hill

Today’s political polarization is a symptom of a larger problem—the corporate takeover of our democracy. For years, unchecked corporate power has run roughshod over the American people, buying influence in the halls of government and pushing narrow interests at the expense of workers’ rights, our health, and our environment. Corporations have attempted to deepen and exploit political divisions by spreading misinformation and fear to increase profits and boost stock prices. We need to restore political power directly to the people and allow them a more direct role in deciding on the important issues that affect their lives. We also must organize and unite around an urgently needed action—fighting our climate crisis. We have 10 years left to stave off the worst effects of climate change; it threatens humanity and the world, our lives and our communities. But the United States and the American people were built to take on the big problems. We can rise to this challenge and make it our greatest opportunity—and we must do it together. —Response to WIRED

“We must reject the politics of revenge, resistance, and retribution—and embrace the boundless potential of cooperation, compromise, and the common good. Together, we can break decades of political stalemate. We can bridge old divisions, heal old wounds, build new coalitions, forge new solutions, and unlock the extraordinary promise of America’s future. The decision is ours to make.” —February 5, 2019, State of the Union address

“One of the things I’ve pledged is in my first hundred days to only do bipartisan proposals. Wouldn’t it be amazing if a president looked at the American people at the inauguration and said, ‘I represent every one of you, whether you voted for me or not, and this is how I’m going to prove it’? … You prove to the American people that we can actually start solving problems and getting things done.” —January 13, 2019, interview, ABC’s This Week With George Stephanopoulos (condensed)