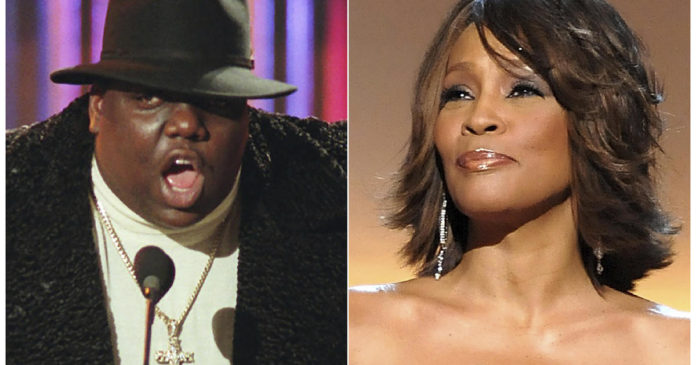 Whitney Houston and The Notorious B.I.G. will be posthumously inducted into the Rock & Roll Hall of Fame as part of the 2020 class, the institution announced Wednesday. They are joined by the Depeche Mode, The Doobie Brothers, Nine Inch Nails, and T. Rex.

Whitney Houston ruled the pop charts from the mid 80s to the late 90s, becoming one of the world’s best-selling artists. Rooted in gospel, Houston’s peerless vocals turned out numerous iconic performances, including a cover of Dolly Parton’s “I Will Always Love You,” and her rendition of “The Star Spangled Banner” at the 1991 Super Bowl.

Houston died in 2012 at the age of 48. Her cause of death was ruled as accidental drowning, but heart disease and cocaine use were contributing factors, according to coroner’s officials.

The Notorious B.I.G. — otherwise known as Biggie Smalls, or Christopher George Latore Wallace — defined the East Coast school of rap during in the 90s. With massive hits like “Juicy” and “Big Poppa,” his work catapulted rap into an influential art form.

Wallace was killed in a drive-by shooting in Los Angeles in 1997 — six months after the death of Tupac Shakur. Both of their deaths remain unsolved, but many speculate that Wallace’s death may have been some kind of retribution for Shakur’s.

The Rock & Roll Hall of Fame Induction Ceremony will take place on Saturday, May 2, 2020 at Public Auditorium in Cleveland, Ohio. The 35th annual ceremony will be broadcast live for the first time on HBO on May 2nd at 8 p.m. ET.