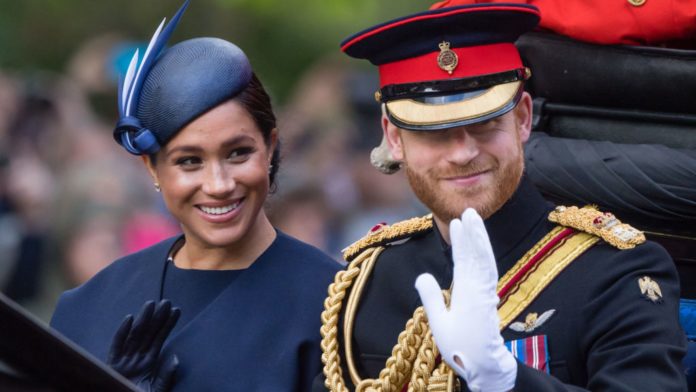 Speaking in an interview for Andy Cohen’s Radio Andy show on Sirius XM in the US, the star at first seemed reluctant when asked for his thoughts on “Megxit” and the decision by Harry and Meghan to step back from their roles as senior royals.

But when asked for his opinion, he referenced the circumstances surrounding the death of Princess Diana, who was in a car being chased by paparazzi when she died in a crash in Paris in August 1997.

“I’m rather on Harry’s side, I have to say,” Grant said. “The tabloid press effectively murdered his mother, now they’re tearing his wife to pieces.

“I think as a man it’s his job to protect his family, so I’m with him.”

Grant was promoting his new film The Gentlemen, in which he plays a tabloid reporter, alongside his co-stars Matthew McConaughey and Charlie Hunnam.

The actor is a long-time campaigner against press intrusion, and gave evidence to the Leveson Inquiry into press ethics.

In 2018, he received substantial damages from Mirror Group Newspapers (MGN) after settling a claim over illegal phone hacking, and donated the money to the Hacked Off campaign for press reform.

Asked in the interview about his own relationship with the tabloid press, Grant said it was “very poor”.

Harry and Meghan announced their decision in a bombshell statement last week, saying they wanted to raise their son, Archie “with an appreciation for the royal tradition into which he was born, while also providing our family with the space to focus on the next chapter”.

After crisis talks about how to deal with the situation on Monday, the Queen said she had had “constructive” talks with other senior royals on the couple’s future and that she would allow them to spend time in both Canada and the UK during a “period of transition”.

The Royal Family “respect and understand” Harry and Meghan’s desire for a “new life”, the monarch said in a statement.

There has been intense speculation surrounding the couple’s announcement, with many commentators highlighting their treatment in the press.

In October, the couple accused the Mail on Sunday and its parent company Associated Newspapers of unlawfully publishing a handwritten note from the Duchess of Sussex to her father from August 2018, and court documents have now been released which indicate Meghan’s father Thomas Markle could testify against his daughter during the legal battle.

Grant is not the only star to defend the couple.

Also commenting during a US interview, rapper Stormzy spoke up for Meghan, saying there is no “credible” reason to dislike her.

Speaking to New York radio station Hot 97, the star said of her critics: “I ain’t heard her say anything crazy, she just does her thing and they just hate her.”

He continued: “Someone on Talk Radio the other day, he was like ‘she’s just one of those people that I just look at her and I think…’

Stormzy said that “if you told someone, ‘write a list as to why you hate Meghan Markle’, the list is just rubbish.

“There’s nothing credible to it.”