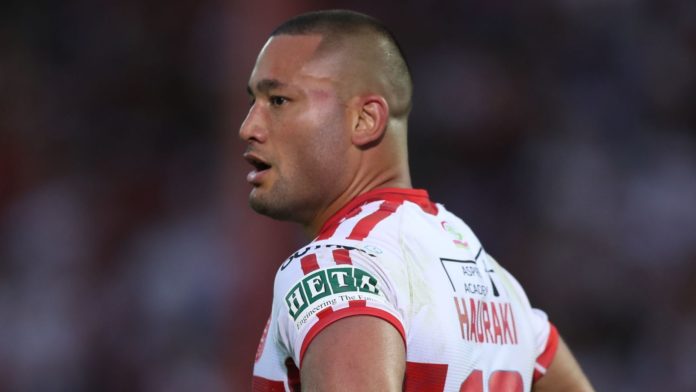 Weller Hauraki will miss the start of the new Super League season after being told he needs an ankle reconstruction.

Hull Kingston Rovers back-row Hauraki suffered the injury in the 18-6 defeat away to Wakefield Trinity in Danny Brough’s testimonial on Sunday.

The 34-year-old former Leeds Rhinos and Salford Red Devils player now faces a two-month lay-off after a scan showed he will have to undergo an ankle reconstruction.

A statement from the club said: “Hull Kingston Rovers can confirm that back-rower Weller Hauraki will have surgery on his ankle in the coming days.

“Following scans and a specialist review he will now undergo an ankle reconstruction.

“As a result, Hauraki is set to spend a couple of months on the sidelines while completing his rehabilitation. Everybody at the club wishes Weller well in his recovery.”

The loss of Hauraki, who was an ever-present in 2019 and captained the side at Wakefield, is another major blow for Tony Smith’s team.

Prop Mose Masoe remains in hospital after undergoing surgery for a neck injury he suffered against Trinity.

Meanwhile, fellow front-rower Mitch Garbutt is also likely to miss the opening game of the 2020 season against the same opponents on January 31 as he continues his recovery from a knee injury.