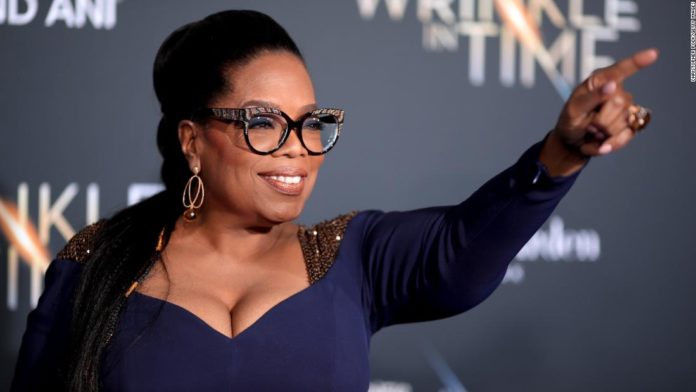 For her O, The Oprah Magazine “What I Know For Sure” column, she opens up about her longtime relationship with Stedman Graham, including her first impression of him, and explains that despite their love, she could do without Feb. 14.
“Lots of people make a big deal about Valentine’s Day. I don’t — and haven’t since I was a young contestant in the Miss Black America Pageant (I was Miss Black Tennessee). Many of the other girls were receiving flowers and gifts from their beaux. My boyfriend at the time, Bubba — yes, real name — sent me nothing. I felt bad about that and complained to another contestant. She laid this wisdom on me: “Girl, if your man has put a flower on your mind, you won’t need no flowers in a vase!” Winfrey wrote in the special Valentine’s Day-themed edition of the publication.
But enough about Bubba. Winfrey found long-term love with Graham, but acknowledged she wasn’t so sure about him at first.
“I thought he was nice enough, but I wasn’t that impressed. He was polite, yes, and kind. The sort of guy who sits with an ailing friend. Tall and handsome, for sure. But actually too handsome, I thought, to be interested in me. I figured he must be a player. So did all my producers. They warned me not to get involved with that Stedman guy. Aside from his appearance, they knew nothing about him. But anybody that good-looking driving a vintage Mercedes merited suspicion,” she wrote. “So I proceeded with caution, even with a friendship. It wasn’t until months later, when I learned he’d broken up with his girlfriend and had been inquiring about my dating status, that I gave him a serious thought.”
Winfrey and O Magazine editor-at-large Gayle King also share some practical Valentine’s Day wisdom in the latest episode of their “OG Chronicles.”
Winfrey graces the February 2020 issue (as she does all her issues.) It hits stands on Jan. 21.