Home Lifestyle At Pitti Uomo, It’s Not the Size of the Show—It’s the Story 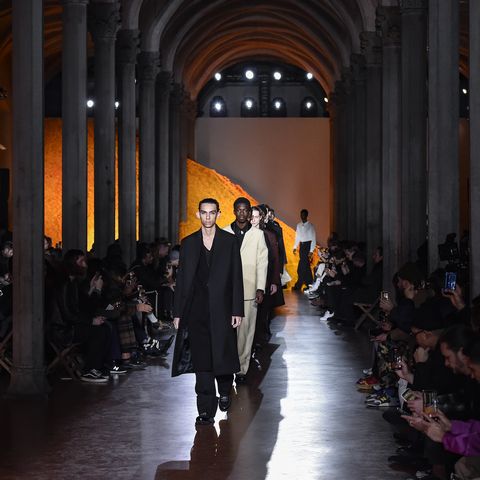 Florence doesn’t play the game quite like everyone else. In London, Paris, New York, and even just a couple hours north in Milan, the whole “fashion week” thing is all about, well…fashion shows. In Florence, the hulking behemoth that is the Pitti Uomo trade show—1,200 exhibitors, courting more than 21,000 buyers this year—demands a different approach.

“We don’t want to enter into the typical fashion week strategy,” says Raffaello Napoloeone, the CEO of Pitti Imagine, the company behind Pitti Uomo and its sibling fairs. “Florence has to play a role of a platform from which you launch new projects or present new ideas. We don’t want to just pick up one fashion show from Milan, Paris, or London.” 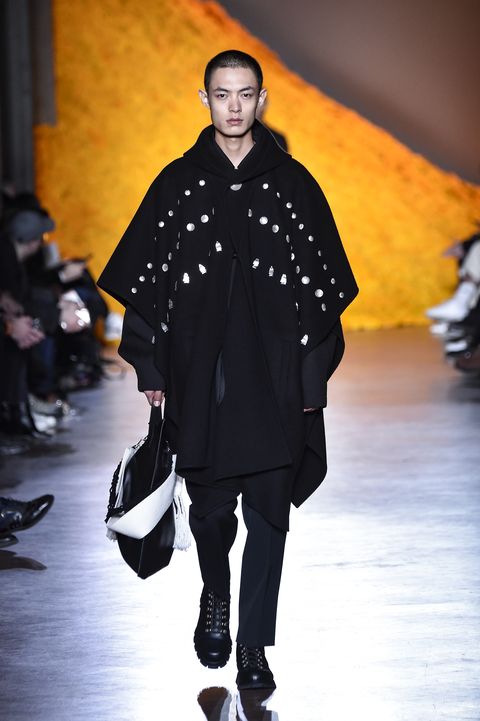 A model walks the runway at the Jil Sander fall 2020 menswear show in Florence.

Of course, that doesn’t mean that designers who normally show in one of those fashion capitals won’t hop over to the Medicis’ old stomping grounds from time to time. Jil Sander, normally on the calendar in Paris, showed its fall 2020 menswear collection at Pitti this season. In the refectory of Santa Maria Novella, on a runway heaped with gigantic piles of marigolds, husband-and-wife designers Luke and Lucie Meier presented pared-down but sumptuously inviting tailoring, complemented by luxurious knitwear and outerwear, and punctuated by touches of silver jewelry and embellishment that lent a sense of levity (and hand-crafting) to the whole affair.

But while Jil Sander is certainly a big name, that wasn’t the reason the Meiers came to Florence. “It’s a story,” says Napoleone. The background to that story goes something like this: The label has had its fair share of shakeups over the years, with multiple acquisitions by different companies, and founder Jil Sander herself leaving and rejoining the label twice before finally exiting for good. The Meiers—Lucie logged time at Dior, while Luke worked at Supreme for almost a decade—took the helm in 2017, and have been met with both commercial and critical success. 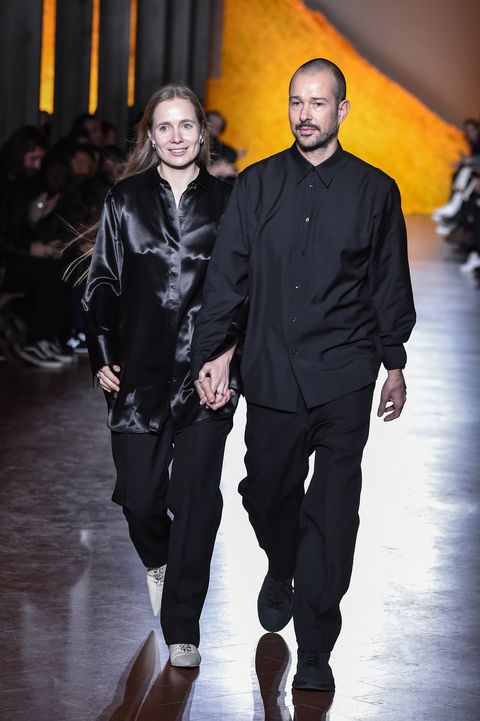 All great, but there’s a particularly Pitti element at play, too: the duo met in Florence, at the fashion school Polimoda. Throw that in the mix, and you’ve got the perfect combination of elements for a show. “It’s a specific project in a specific space where it is not exactly what used to be the of a Jil Sander presentation in the past,” says Napoleone.

Jil Sander isn’t the only label with a story. This year, Stefano Pillati (formerly of Zegna and Yves Saint Laurent) launched his label Random Identities. Telfar, perhaps the buzziest brand out of New York right now, had its first European show. And Brioni, 75 years old as of 2020, put itself on display in a palazzo filled with performing musicians wearing its most recent wares. 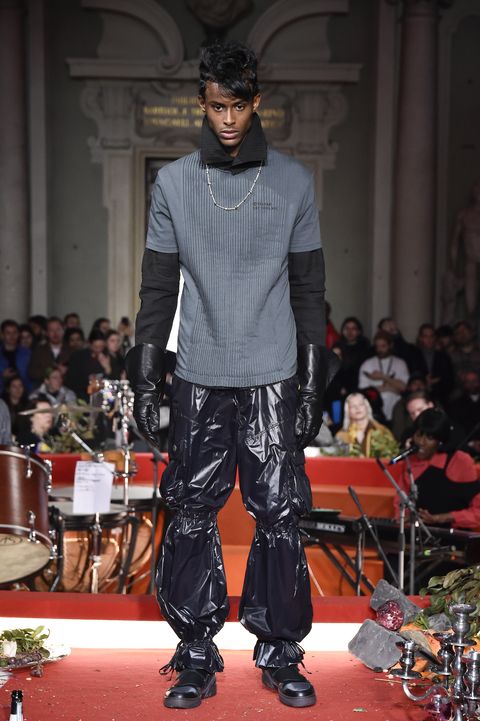 A model walks the runway of the Telfar fall 2020 fashion show at the Palazzo Corsini.

There is, aesthetically, very little that connects those three brands with one another, or with Jil Sander. But they’ve all got a story to tell. Ditto that for last season’s guest designer, Givenchy, with Grace Wales Bonner making a strong, sophisticated statement for the brand’s menswear. Or, a little further back, Craig Green offering a dualistic view of both the world and his own collection.

It’s not about big names, or obvious connection, but about crafting a narrative. Though it might not always be the most obvious commercial choice, it is the one that, according to Napoleone, will establish Pitti as an essential part of the fashion calendar through thick and thin. “We have a lot of companies that would like to change us,” he says. And yet, “We ask, always, to find a story behind it.”