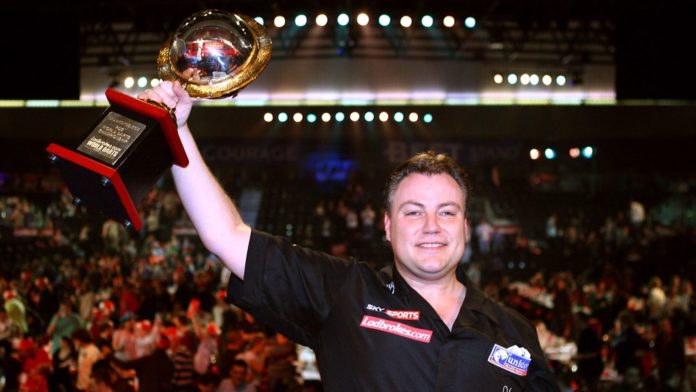 Welcome to Q-School, the chance of a lifetime for some, the last-chance saloon for others . On Thursday in Wigan, more than 500 players will step up to the oche to begin four days of pursuit for a two-year Tour card with the Professional Darts Corporation.

Fallon Sherrock is bound to be the star turn after her memorable World Championship, and her feats, as well as the uncertainly surrounding the BDO, mean the annual four-day marathon has attracted more names than ever before.

Sherrock heads a field of 521 at the Robin Park Tennis Centre that features more women that ever before with BDO world champion Mikuru Suzuki, Lisa Ashton and teenage sensation Beau Greaves among those with Tour card ambition.

The men heading to the north west of England also make for interesting reading with three-time world champion John Part, beaten PDC World Championship finalists Kevin Painter and Andy Hamilton mixing it with hopefuls from across the UK and Ireland.

PDC Q-School – All you need to know

Players from the USA, New Zealand and Japan will also attempt to secure two-year playing rights alongside Michael van Gerwen, Peter Wright, Gary Anderson and Gerwyn Price – we caught up with some of those to gauge expectation and ambition……

Three-time world champion John Part is on his third trip to Q-School, having secured his card in 2017, he missed out in 2019 – what’s in store for the Canadian this year

I played on Sunday and I felt good playing, hitting a lot of doubles, 180s and stuff so I feel pretty good. It was a long day of darts as well, it was good preparation for the Q school days actually.

We will have eight hours, you have to be fully awake by the time the thing starts in the morning. You cannot afford to be caught napping.

When you know it is the one event in a day you can really give everything you have got for that one event instead of having to think I have to be ready to play in the same day. It is four days so it is tough but at least if you have a bad first day you have all that time to work with to do whatever you need to do to be ready the next day.

Three years ago I got the card but it was sort of must-do on the third day where I got through. I think there were four spots then I think there are two spots a day now so either way it’s a tough ask.

The second strategy of the points system you almost have to need a good first day, all the more reason to do what you have to do to be ready for that first day and give it all you have got there and pick up the pieces after.

I have been out of the spotlight long enough that I think they are more afraid of losing to me in a sense of they should beat me. They think they are the current thing and you are not so it actually has reversed itself in how it works. There might be people who dismissed me so I will let that play to my advantage if I can.

It’s a door opener for opportunities, how many opportunities I’m not sure but one thing may be directly is back in the World Cup. I enjoy the competition for another thing, I enjoy the challenge and I like it. It is a bit of fun and I am starting to feel even now a bit anxious.

Seeded fourth at the BDO World Championship, Parletti suffered a first-round exit. After whetting his appetite at the Grand Slam of Darts, he is keen to join the superstar ranks of the PDC

It’s like a new chapter in my darts career, another goal to set myself and I am looking forward to giving it a go.

The way the whole PDC is run it is the place to be so I am going to have to work hard and play well if I am going to get that Tour card, that’s for sure. When I played at the Grand Slam and I was in the practice room with Gary Anderson, Michael van Gerwen and Adrian Lewis….wow!

I have had a good year [with the BDO] I picked up a lot of experience and game time. What I have heard in regards to Q-School is it’s a bit of a lottery, so I know if I just play well I should have a good chance.

I have a few friends from county who go there every year and some even go just to make up numbers. We can all play darts so it is just on your day that’s when the dream will happen.

I have been a BDO man growing up and that was always the first goal. I have done that and it’s all about levels, push yourself, set new goals and hopefully, fingers crossed, it comes good.

Like any tournament you get out of bed to play darts and you want to win so obviously I am going there. Ideally I will be home Thursday night with a Tour card but that is wishful.

You never know I could play well and turn up on that particular day. I know a few girls that are going there as well and it is going to be interesting, it is going to be tough so the people who get the Tour cards will have to earn them.

The Grand Slam was an eye-opener but to share the board with guys who play top, top darts day-in ,day-out that makes me very excited.

I love the game so much, I am a massive darts fan, I watch and then try and pick up tips and the way people act and to do that full-time that’s [the] long-term [ambition].

The former women’s No 1 – Lorraine Winstanley

Lorraine Winstanley is heading to Q-School for the second time, having not picked up a win in 2019 she’s been inspired like many by the feats of Fallon Sherrock during the World Championship at Alexandra Palace

There is a good possibility that there may be one of the ladies that gets a tour card, it would be absolutely brilliant looking at the line-up that have entered.

I think with what Fallon did in the Worlds – it has inspired people to think well why not? I am excited for it, I played in it last year and had some really good games.

It’s a whole new situation to be in, it’s so professional and I don’t feel for the ladies we have got that pressure. It’s just a whole different situation which makes it exciting.

I am really competitive. I am not saying I am flying the flag for the girls and I’m not under any illusion. I’m not going out with it in my head that I’m getting a Tour card because it is very, very unlikely but I am there because I love the game.

It doesn’t matter if I am playing women or men I just love the game. Backtracking slightly, with the situation with the BDO I am going to keep my options open because by playing Q-School I can play the Challenge Tour. So they are the two reasons I am going.

Some people won’t like it, some people will love it but you don’t know until you’re there and you give it a go.

Ireland’s talented teenage superstar hoovered up titles over the final three months of last year, culminating in the BDO world youth title and the Junior World Championship at Ally Pally

It’s my first time going to Q-School. I was going to go over last year, but there was a lot on. Me and dad just said we would give it another year, see how last year went and we would see what the story is for 2020.

I’m playing well, so looking forward to going over.

Whoever is going there is obviously well able to throw darts. They are not over there just to take part, they are going over there to win their Tour card. So it’s going to be very hard, but I’m looking forward to it.

[The last year] has been amazing. Everything I’ve dreamed of when I was younger, to be a world champion and it happened twice in three weeks! To make my debut in Ally Pally, that was a dream as well. I didn’t think it would happen this early.

I’m not going to put serious pressure on myself to get the Tour card. It would be nice to get it, but I know myself it’s going to be hard. If it all goes well, a Tour card on the pro tour for two years would be amazing. But if not, I still have the Challenge Tour and Development Tour for the next year. It’s still a very exciting year ahead.