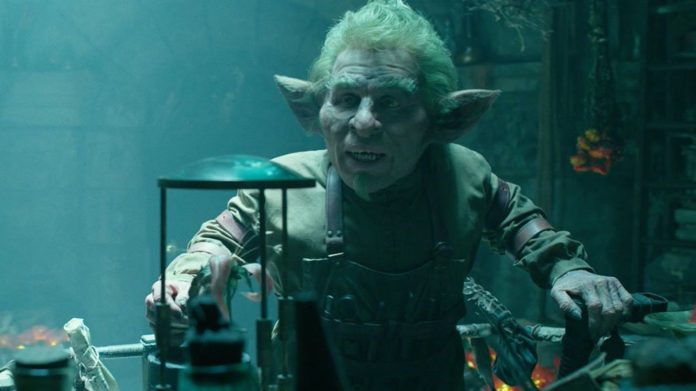 ComingSoon.net got the chance to sit down with the legendary Warwick Davis, who played a pivotal role in Maleficent: Mistress of Evil, to discuss the latest Disney live-action release. He talked a lot about his character, his acting techniques, and what it’s like to work on such a huge production.

In Disney’s Maleficent: Mistress of Evil, Aurora (Elle Fanning) and Prince Phillip (Harris Dickinson) decide to marry and leave their royal nests–which doesn’t sit too well with either set of parents. Maleficent (Angelina Jolie) is cautious about Phillip’s intentions and Phillip’s mother Queen Ingrith (Michelle Pfeiffer) raises concerns about Maleficent’s influence over Aurora–the kingdoms give to dark forces at play. Maleficent is still seen as a dark and dangerous foe to humans but when unexpected allies come forward to help her, the fate of the land is in her hands as an insidiously veiled threat rises. 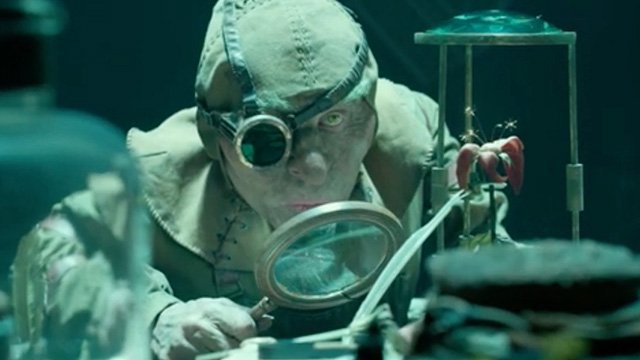 ComingSoon: In Maleficent you play a character called Lickspittle. What drew you to this character and how does he differ from the other characters you’ve played over the years?

WD: Well, what drew me to the project was that I really enjoyed the first movie and I thought it would be a lovely world to be part of … and the character, I mean in the script it reads really well. He has a little kind of journey through the movie — he’s got some important moments as far as the plot goes as well —  and there seemed to be a nice kind of resolution for him at the end. I was excited to think that I could definitely do something with this guy. I thought his laboratory sounded really cool when it was described in the script; and also the idea that unbeknownst to him he is one of the Moor-folk but forced into doing what he’s doing to survive.

CS: You mentioned the laboratory. In the special features, you talked about the detail that went into that set, and how you felt like it was an extension of the character. Did that set change the way you approached the character?

WD: I wouldn’t say it changed the way I approached it, but it certainly informs you more. You get information from it because, for example — and you never got to see it in the movie — he’s got a little bed underneath the bench. For me it was like, wow this guy sleeps here as well! This is his world we see within these four walls. That starts to help you understand why he’s doing what he’s doing. Really, it’s a high pressured situation. If he doesn’t follow his work through he’s going to be in here until he dies or until the queen decides she has no use for him anymore. So, the environments are all very important. When I first saw the set I made myself very familiar with it. Even in the early stages of construction, I was there trying out things — using the lift and making sure it was the right height and such. The same goes for props as well, which I’ve learned over the years are just as important. On Maleficent I was given the choice — there was a table laid out full of tools and different devices and things, and they said what do you like the look of here? I would pick up something having no clue about what it does, but it would be to be really good for measuring out the powder, or whatever it is. I made a selection … and then would tell the director, ‘This is for this, and this is how I’m going to pick up this.’ I was kind of the expert in my own world, which you have to become I think for those sorts of characters. 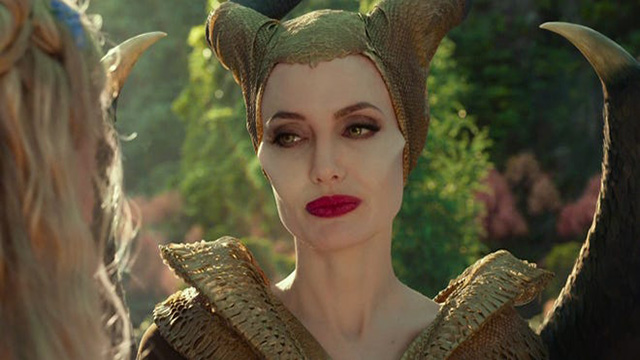 CS: Absolutely. So, along those same lines, what’s it like to work on a big movie like this alongside Angelina Jolie, where you’ve got all those extras, and lavish costumes and makeup and all of these big sets compared to some of the smaller projects you’ve worked on?

WD: Initially, it feels quite daunting because you have hundreds of people involved, huge sets and you’re in all this makeup. Ultimately, it all boils down to the same thing — it’s all about a moment in front of a camera with a director and perhaps some other bast members, but it’s all focused in on that very small moment. However big the production is, it’s always the same outcome; it’s always about that moment in front of the camera. I’ve learned that over the years as well. And once you get down to that, then it feels very similar working on whatever production you’re working on. You mustn’t let the size of the production put the pressure on you or change the way you behave or work. It’s all the same thing. That is your moment to do what you do. Everyone else has had their moments by then — the costume department has created the costumes, the camera team has made sure there’s film in the camera, the lighting guys have set the lights — now it’s your turn to do what you do. I’ve learned that that moment is important and you’ve really got to make sure you get everything from that because otherwise you look back and go, ‘Oh no! I should’ve done that, that would’ve been better.’ You try to make sure you have all of those choices and you offer all of those choices on camera. That way you know you’ve done your bit and given them everything you’ve got. Then it’s up to them to choose what they put in the edit. It’s only through experience that you learn that. My daughter is an actress and she’ll often come back from work going, ‘Oh, I should have — I gave what I gave, but I should’ve done this!’ And I just tell her, ‘Don’t worry about it, because it won’t matter. No one will ever know what could have been there. But in the future make sure you go through every scenario before so you offer everything.’

WD: I love revisiting characters because all of the hard work is done by then. You understand how that character lives and breathes. Stepping back in is relatively easy, you’re just expanding on what you already know. I’ve done it with Weazel in Solo, going back to that character you go, ‘Ok, I know a bit about this guy.’ And doing sequels, like when we did Leprechaun 1, 2, 3, 4, 5, and 6 … each time was just re-visiting an old friend and getting to play a little more. And you can have a bit more fun because it becomes so much like second nature as well. You don’t have to think about the character so much. You just think about what he’s doing. And then he’s able to react within the moment as the character more easily. It becomes a more natural thing to do and more of a reflex action rather than an actual conscious decision. I rather like doing that — going back to something is really nice. And also, when you’re doing those kinds of characters, you know audiences have enjoyed it because that’s the reason you’re doing it again. There’s a demand for it, which is quite satisfying in and of itself.

Maleficent Mistress of Evil is now available on Blu-ray and digital download! 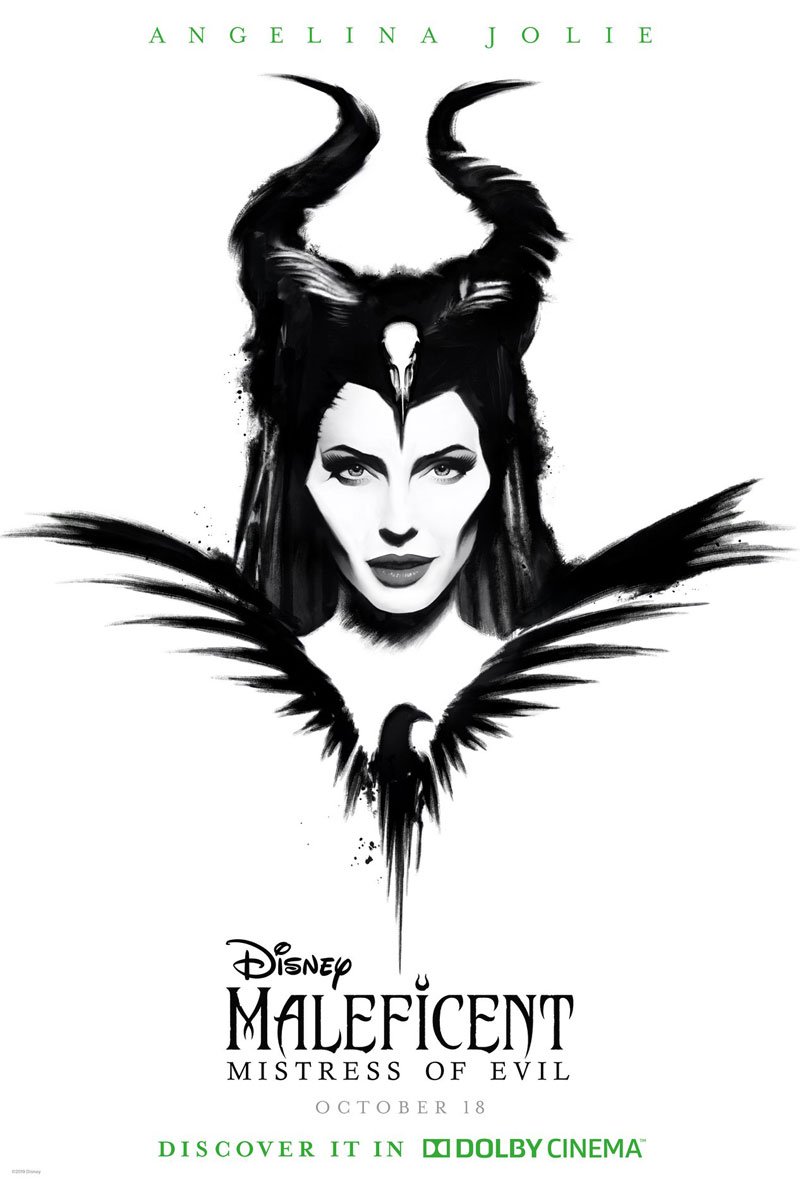